Revealed: Most NI gym members afraid of being mistaken for spides 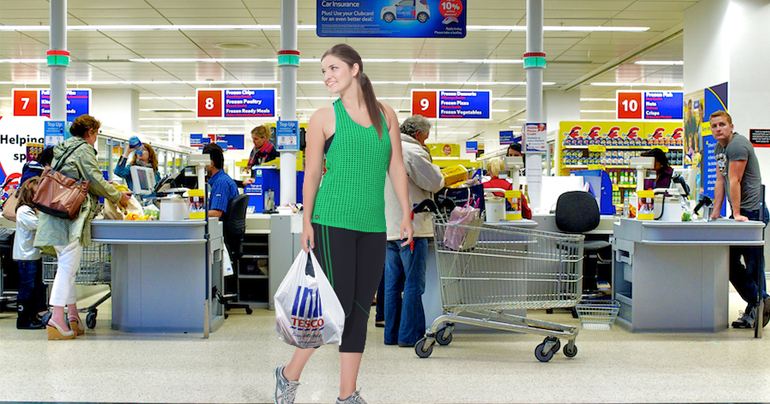 With the NI fitness industry enjoying a record boom period, a report out today by the Ministry of Insecurity has revealed that over two-thirds of Ulster’s gym members live in constant fear of being mistaken for a chav – either before or after a workout.

Over 67% of gym members polled admitted that they often found themselves revealing banal details of their daily lives to random strangers – just to clear up any confusion that they weren’t actually a spide. “I’m just out of the gym there! Be feeling that tomorrow!” boasted bodypump fanatic Alisha Starjump to a Winemark sales-assistant she’d never met before. “Anyway, could I get a half bottle of Buckfast and 4 blue WKD, please?”

Local spinning enthusiast Alison Lycra could relate. “My friends call me lazy for driving to-and-from the gym. I can stick my gear on and walk it in about 10 minutes in fairness, but the last time I did that three people tapped me for a feg! Scally wee feckers!”

Indeed right across the Province, a survey of shop assistants, petrol station staff, nurses and service workers, revealed alarmingly high numbers of meaningless gym smalltalk from people who came in wearing tracksuits. “Aye we had one guy in A&E last week who was dressed head to toe in expensive sports wear” said City Hospital staff nurse Natasha Ballache. “His teenage son had just been admitted after being found severely intoxicated in town with traces of ecstasy in his system. He couldn’t apologise enough for having just come from the gym!”

However not everyone was so negative. “I was coming back from a kettlebell class when my car broke down in East Belfast” said local barrister Sylvia Gorman-Burpee. “But my initial fear at being stranded on Albertbridge Road surrounded by riff-raff soon passed when I realised my gym gear put me instantly undercover!  Not only did the young fellas standing at the corner change my spare wheel but I scored a massive bag of coke for the weekend!” she beamed.

However the report got a bad reception in some quarters. One man we spoke to leaving Pure Gym told us “I think it’s awful that people are making assumptions about others based on how they dress. Tracksuits, like the one I’m wearing now are comfortable and cost effective. Shame on you for being so judgemental.”

“Now if you’ll excuse me I’ve got to present Weather Watch!” added Mr Mitchell, before heading off to steal a car to get to work.