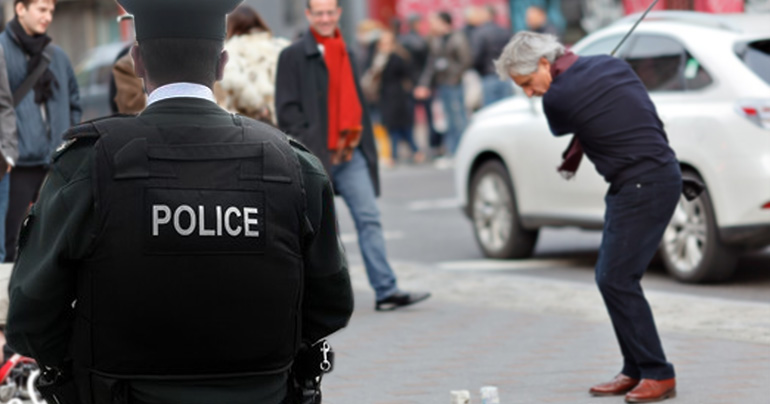 Rioting has broken out in North Down this morning, as anger over the results of last night’s BBC Sports Personality Of The Year result spilled over into violence.

The trouble flared after racing driver Lewis Hamilton pipped local boy Rory McIlroy to the coveted ‘SPOTY’ title, with the news bringing hundreds of angry golf fans onto the streets of Holywood in protest at the perceived injustice.

Protesters have daubed pro-McIlroy graffiti on several public buildings and a mural declaring ‘You are now entering Free Holywood, please drive carefully’ has been painted on a gable end on Church Road

Cars produced by Hamilton’s team, Mercedes, were hijacked and set on fire in the High Street area and it is believed that the committee of Holywood Golf Club has established an Army Council to co-ordinate military actions. The army have diffused an improvised explosive device attached to an abandoned golf buggy outside a local Mercedes dealership, and we understand that Hamilton has received threatening letters containing live golf balls.

Local resident Albert Sphincter is acting as a spokesman for the rioters. “All Hamilton does is drive round in circles,” he claimed, “whereas our boy drives all over the fairway.”

We tried to contact Rory McIlroy for comment, but were told by his agent that he is “presently indisposed” as he is helping police with their enquiries after an incident involving Gary Lineker’s arse and a 5 iron.