Talks process “a cover for MLA’s Christmas do” 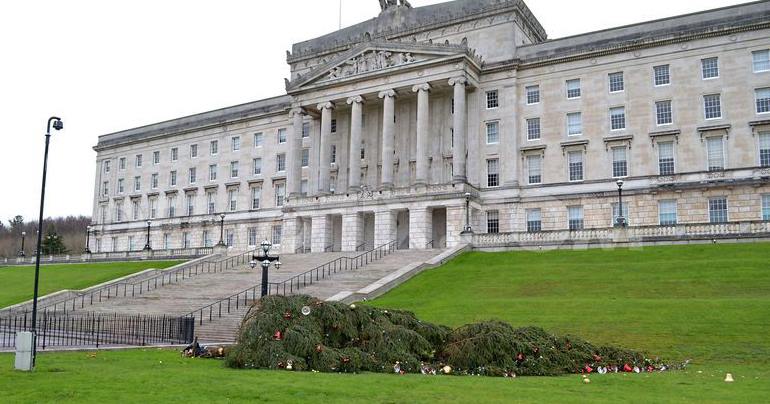 An anonymous member of the Stormont Executive has revealed that the annual round of cross-party talks is in reality a front for a massive political piss-up.

“Everyone tries to fit in sneaky work pints during the run up to Christmas,” said our highly placed source, “and MLAs are no different. However it is difficult for us to get together and organise a pub crawl, our voters would be outraged, so every year we let on there’s a crisis then go on the lash during the so-called talks.”Other political figures are unwittingly roped into the plot. “Last year Peter and Marty invited Richard Haas over to ‘facilitate’ our discussions. The only thing he facilitated was bringing us over a rake of Duty Free fags and whiskey. This time round we got Cameron and Kenny to get the carry out. On Thursday it was like, ‘Enough talking, let’s get drinking’, and it was round to Cammo’s room for shots and a feed of Bucky. Any wonder he lost the bap and went home.”“You should have seen the shape of us, Wellsy could hardly walk and the Fordster had boke in his beard. That was at 6.30. It was worse last year. Sammy and Gerry K pulled down the Stormont Christmas tree but we got away with blaming the wind.”

The controversy will do little to improve public confidence in the political process, especially as it emerged that Environment Minister Mark H Durkan has been secretly saving all the 5ps from the plastic bag levy for the annual shindig. “We count them all up round at his place then get it changed to notes at a petrol station. Those 5ps pay to fill a lot of blue bags, I’ll tell ye.”