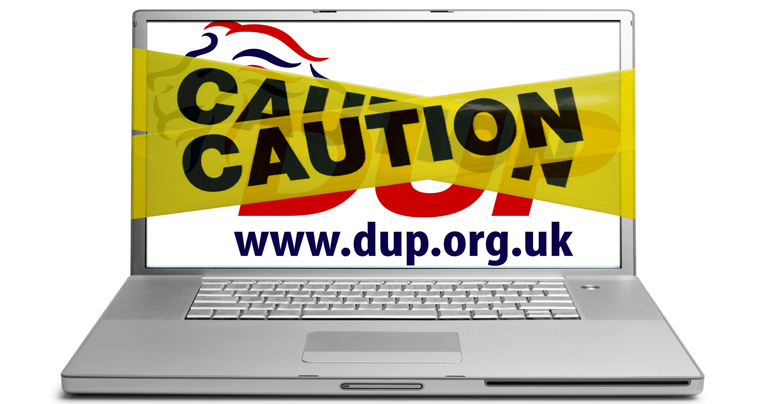 Following the news that a prominent DUP MLA had been the target of a Russian spam attack, it has emerged that those same scammers have been on the receiving end of dodgy messages from members of his own party.

According to Moscow escort Ivana Buckye she regularly gets Facebook messages from politicians here. “There’s one that keeps sending me pictures of what he calls his ‘traditional root’,” she told the Ulster Fry. “I know there’s no way an old guy like that would have any interest in a 22-year-old former model like me, so I delete them right away.”

Her co-worker Takaya Braov says she’s also been the target of DUP spammers. “I’ve got at least three from the same guy,” she claims, “It began innocently enough so I replied, but it soon got very dirty. My English isn’t good, but even I know that when he messaged that he wanted to ‘cover me in yogurt’ he wasn’t talking about taking me for lunch.”

It isn’t just Russian models who have been targetted, one Nigerian Prince we spoke to also claimed to regularly receive financial offers from senior figures here.

“Every time I open my emails I see them,” he told us. “It’s always the same, ‘Our client has a valuable property portfolio and wants to transfer his assets to you’ or ‘We have a large amount of money in a brown envelope with your name on it.’ They’re very tempting, but I know they can’t be real.”

We emailed the DUP for their response to the allegations, but the only reply was an automated message telling us that we’d been won £500 worth of Asher’s vouchers.