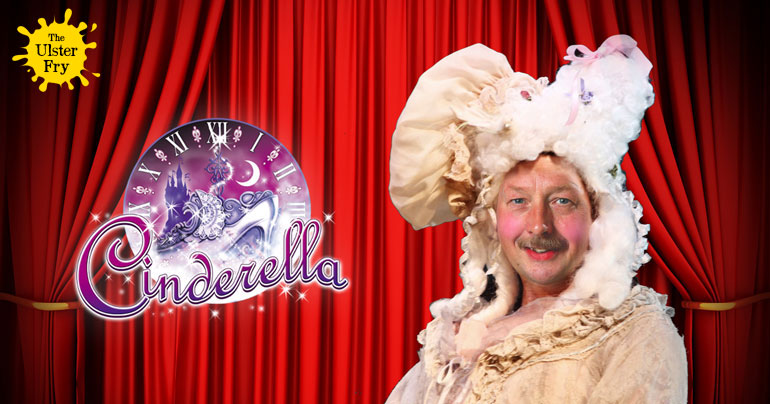 East Antrim MP, Sammy Wilson, is stepping down from his role as an MLA to focus on his acting career it has been revealed. In an interview with BBCNI today, Mr Wilson admitted he has long dreamt of treading the boards and embracing his thespian passions, but had always feared that it would prove unpopular within the DUP.

“I’ve kept my love for drama close to my heart for fear of ridicule” he told BBCNI’s Good Morning programme today “but when I finally plucked up the courage I was surprised to learn there is much passion for the arts within the DUP. Pootsy is a talented painter for instance, and has done some cracking still-life drawings of any number of naked men. Nelson McCausland is big into interpretive dancing and would swap the ballot box for a box at the ballet any day, whilst Arlene Foster is a marvellous mime-artist, although oddly she refuses to talk about it.”

It had been reported that Mr Wilson was stepping down from Stormont ahead new ‘double-jobbing’ legislation, however he maintains that his mind was already made up. “I’m finally following my heart!” he told Mark Carruthers this morning. “For years people thought I just had a red-face, but the truth is, it was make-up all along.”

Wilson is no stranger to drama down the years, with one particular showing of public nudity still lingering in the minds of many.  “Aye people still make jokes about that, but as anyone who went to the show will tell you – that was a magical performance of The Emperors New Clothes!”

Sammy is now set to play the role of Cinderella in the upcoming Christmas Pantomime at the Grand Opera House, whilst rumours circulate that Gavin Robinson, Willy McCrea and Jeffery Donaldson will play the three ugly sisters.  “I can’t wait to get out there” he continued. “I almost brought Swan Lake here years ago when I was Environment Minister, but them conservationists up at Lough Neagh were looking money at the time to protect birds or some shite, so I thought better of it”

However it seems neither Wilson’s acting ambitions or comedy talents end at Panto. “I’d love to come back next year and do Shakespeare or something. Maybe a bit of Hamlet. ‘TO BE, OR DUP… so it is, like’ ” he pronounced finally.