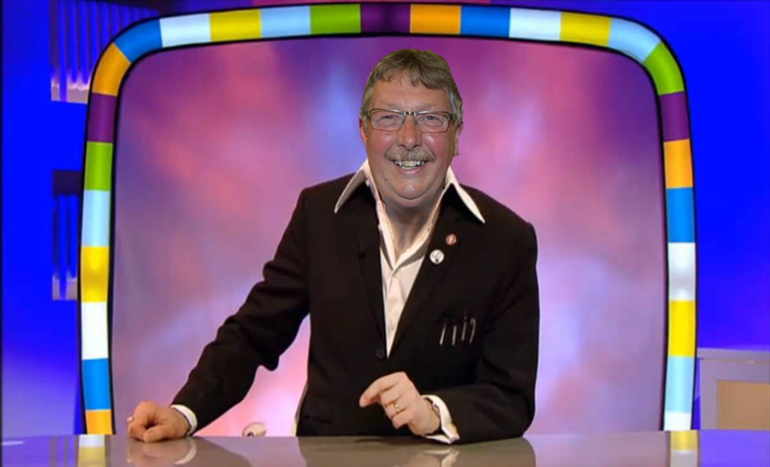 BBC producers are understood to be planning a new hidden camera style TV show to be fronted by local celebrity politician Sammy Wilson.

The news comes after Wilson was left more red-faced than usual when he was filmed allegedly agreeing with an allegedly racist comment, allegedly. His South Down colleague Jim Wells had also been considered as he too has a long history of such hidden recordings, but Sammy’s comedy talents have seen him nab the job.

Provisionally named You’ve Been DUPed, the programme will see the former minister taking on a Harry Hill style role, providing hilarious commentaries over secret videos of their fellow politicians. “We already have several clips in the can,” said Head of Shite Entertainment, Jim McGarry. “You wouldn’t believe what these politicians get up to when they think the cameras are off.”

“We’ve got a couple of Jim and Sammy’s DUP colleagues, we won’t give away their identities but they share a surname and they’re called Peter and Gavin. The Peter one is lying on a beach in Florida, perusing estate agents brochures whilst cackling merrily to himself. Meanwhile ‘Gavin’ is at home practising making really angry acceptance speeches in front of a mirror.”

“We also have another great clip of an MLA, let’s call him Edward Boots. He’s on camera playing with his Noah’s Ark, stopping all his little plastic dinosaurs getting on board before pushing it round and round on a big flat map of the earth.”

However in the interests of balance, other political parties will get the You’ve Been DUPed treatment.

It is understood that one well known Sinn Fein representative is filmed trying on a black beret and gloves in his shed, before telling his wife that he’d been in the house all day, had never been in the shed, and in fact doesn’t even own a shed.