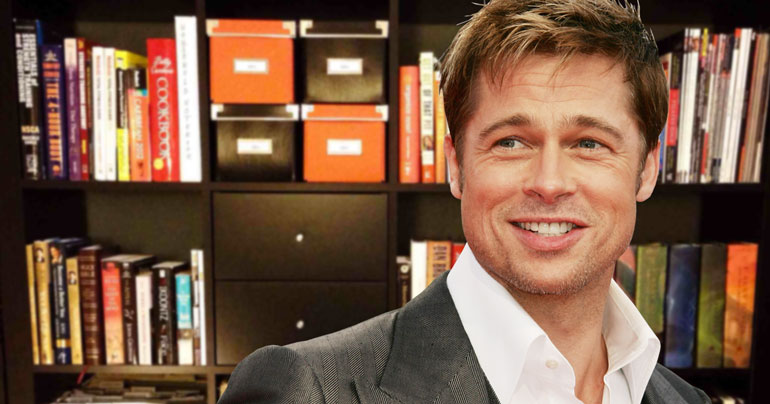 The age of the ‘selfie’ photograph may be over, as a new fad for taking ‘shelfies’ begins to trend on social media.

The craze began in Hollywood where bored celebrities, tired of posting photos of themselves taken in enviable places, began instead to take pictures of their home shelving, in a bid to show off their impressive DIY skills.

51 year old Brad Pitt, an actor from America, told us that he was particularly proud of a ‘Billy Bookcase’ that he purchased in IKEA. “It’s class, so it is,” he said. “I built it myself using the wee Allen key thing they give you, then arranged a load of fancy books on it to impress everybody with how good at reading I am. Then I got my wife Angelina to take a photo and put it on her Twitter thing. Loads of folk have retweeted the photo, it even got shared by Eamonn Holmes and that man off the weather.”

The fashion for shelfies has now crossed the Atlantic to the UK, where Sherlock actor Benedict Cumberbatch has given it a new twist. “I take photos of the shelves when I’m out shopping,” he explains. “Yesterday I got a class shot of the baked beans section of Asda. It had all the beans in it, even the ones with sausages in them.”

Facebook supremo Mark Zuckerberg, who owns the internet, has welcomed the news. “I’m delighted to hear about this new fashion,” he told the Ulster Fry. “To be honest I’m a bit fed up with looking at my site and seeing thousands of photos of fat folk from Antrim doing trout pouts in front of a mirror.” ”

Maybe this will fill the internet for a bit, at least until folk start posting Elfies at Christmas.”