EXCLUSIVE: Kanye and Kim to call their next child Bangor 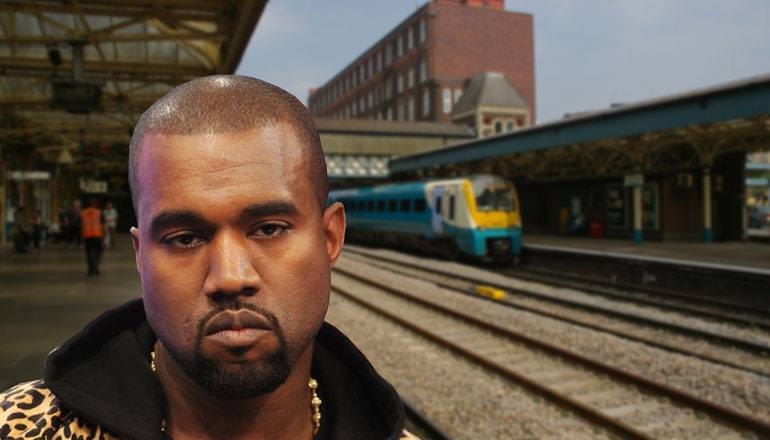 As unfounded rumours spread that Kanye West and Kim Kardashian are to call their second child Easton, the Ulster Fry can reveal that the couple will in fact opt for the name Bangor, in honour of the affluent North Down area of Bangor West.

Speaking exclusively to our reporters at his Donaghadee holiday home, Mr West explained that he and his wife are big fans of the area, as they spend their annual family vacation on the Ards Peninsula every summer.

“Aye, we usually get the plane into the City Airport, then take the train to Bangor before getting a taxi on down here,” he told us. “The train always goes through Bangor West, which is like a really classy area, so the name has kinda stuck with us.”

“We love it here,” the star continued. “Kim’s been coming to this neck of the woods for years. Do you mind that sex tape she made with Ray J? That was done in Ballywhiskin Caravan Park. When me and her got together it just seemed natural to keep coming over.”

“We used to stay in Bangor itself, but that’s got a bit pricey and Kim was scundered after she got her arse stuck in one of the Pickie Park swans, so now we rent a house in the ‘Dee,” Kanye revealed. “Some of the other rapper lads come over for a week or two and that helps cover the cost. They use false names to fit in with the locals of course, so if you’re ever in Ballyhalbert and bump into a couple of guys calling themselves Big Diddy and Fifty Pence, you’ll know what the craic is.”

We asked Kanye why he and Kim found the Ards Peninsula such a good place to stay. “Everything’s so handy,” he explained, “We don’t have the car of course, but if you buy a weekly ticket you save on the buses and can travel pretty much anywhere. Usually we just take a flask and a few sandwiches and head down the coast. Portavogie’s got two play-parks you know, and Ballywalter has a new set of toilets.”

“Anyway, I gotta go, I’ve been working on a song,” he concluded, “I’m collaborating with one of your local rappers, a dude called Hugo D. He helped me out on Gold Digger, although he’d wanted to call it Yellow JCB.”