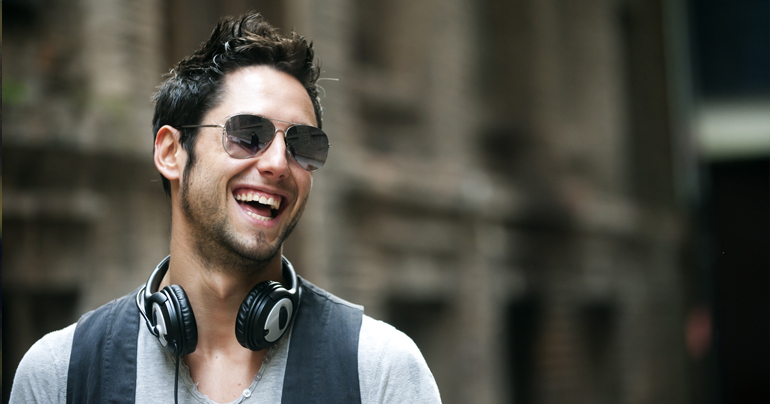 TV viewers are in for a shock on tonight’s X-Factor as a singer in good mental and physical condition reveals to judges that both of his parents are still alive.

Twenty-three year-old Jordan Jones bewilders the audience with the revelations on tonight’s ITV show, which bookies say have already cast huge doubt over his progression in the competition.

“Before I sing, I’d like to dedicate this song to my family, who are alive and well.” reveals  Jordan. “Also none of them are terminally ill and I’ve never been in the armed forces.  Hopefully you will base your judgments purely upon the merits of my singing ability’.

Smug presenter Olly Murs was left bewildered by the contestant’s apparent lack of melodrama. The five-times World Champion Robbie Williams impersonator was lost for words and had to be rescued by karaoke mogul Simon Cowell who said, ‘Even though you sang remarkably well, it would be a complete shitemare to dub over your bubbly demeanour with soppy power ballads. There’s just not enough crying your lamps out sadly, so it’s a ‘No’ from me’.

Last years winner Heidi Lilly said on Facebook, ‘Feel so sorry for @JordanJones tonight. His parents should be ashamed of themselves for not divorcing or dying. Hopefully his cat will develop tuberculosis or something, else I fear he might not make it past the judges houses!’.

New judge Nick Grimshaw, hired solely to give Radio One airplay to X-Factor contestants added, ‘Just because I can’t sing, write songs or play an instrument, it doesn’t mean my I shouldn’t be a judge on X Factor. Cheryl’s been doing it for years’.