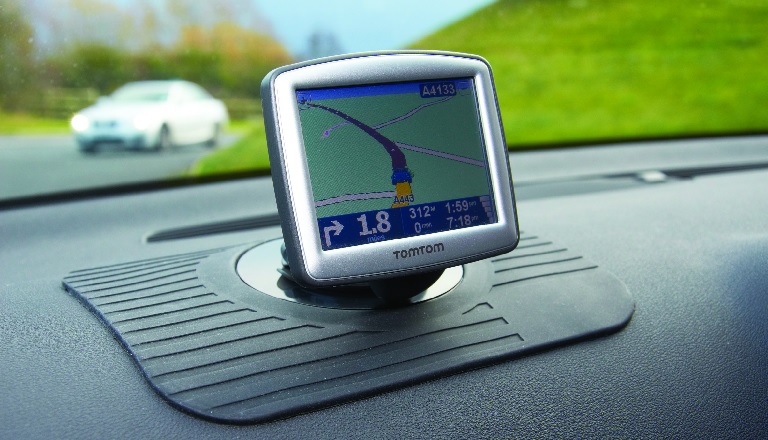 There were angry exchanges in Stormont today after DUP Minister Mervyn Storey revealed that he had recently got lost while travelling to a public engagement, because the language on his ministerial car Sat Nav had been changed to Irish.

“I was travelling to a function in South Tyrone,” said Minister Storey, “and was using a car two days after one of the Sinn Fein representatives. We were fine on the main roads, but when we reached a more rural area the driver turned on the Satellite Navigation system to guide us to our destination.”

“Imagine our horror when the Sat Nav instructed the driver ‘ag deireadh an bhóthair, cas ar dheis’ rather than some more sensible English directions. As a result we drove around aimlessly for several hours before accidentally ending up Drogheda.”

This drew a furious response from Sinn Fein’s Carál Ní Chuilín who revealed that it had been she who changed the system, only days before. “Me and my driver were attempting to travel to a ministerial engagement in South Belfast, but got lost as the Sat Nav was only in English. Neither of us speak that, so we were forced to install an Irish language package to allow us to reach our destination safely.”

This information did nothing to calm DUP MLAs, who immediately demanded an Ulster Scots package be installed alongside English and Irish options. “How am I supposed to know when to turn right at the end of the road,” asked former Culture Minister Nelson McCausland, “unless the navigation system tells me to ‘heid richt at the enn o’ the loanen?'”

After three hours of debate, two tea breaks and a TUV walk out, the two parties agreed to establish an all-party steering group to look into the installation of multi-lingual Sat Navs in all cars in Northern Ireland. This would be subject to funding, of course, but Education Minister John O’Dowd revealed that he was making a few hundred teachers redundant and “that should cover it.”