Sinn Fein and DUP unite against ‘Elf on the Shelf’ 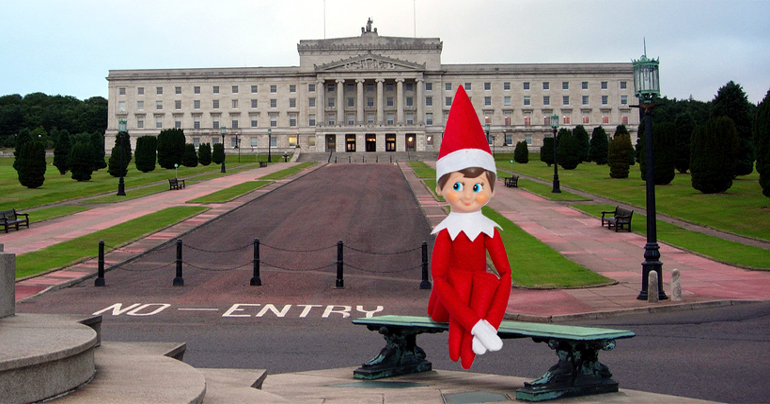 The two biggest parties at Stormont have united in condemnation of a modern Christmas tradition – the Elf on the Shelf decoration – though for very different reasons.

The joint approach came during a meeting at Stormont, as MLAs debated an emergency Sinn Fein motion which called for the seasonal elf to be banned, claiming that he has ‘no place in the Republican Christmas tradition.’

“We are told that the Elf on the Shelf sits observing the behaviour of children,” argued West Belfast MLA Saoirse McGabbery. “He is clearly a British agent monitoring the activities of junior members of our movement.”

“I urge all Republican families to immediately ‘disappear’ these agents of oppression and replace them with our Volunteers on the Shelf decoration, available from Connolly House at a bargain price of £19.16.”

Surprisingly the DUP backed the motion, although for completely different reasons. “There is absolutely no Biblical evidence for the existence of Elves, on the shelf or otherwise,” said Lagan Valley MLA Edward Boots. “In fact, their links to the forces of darkness are well known, so any home with one of these is promoting Satanism.”

After a four-hour debate the Assembly finally passed a motion to fund research into the problem, which will be conducted separately by Loyalist and Republican ‘community representatives.’

A spokesman for the Executive Office told reporters that the news was a classic demonstration of how well the parties can work together to achieve different results.