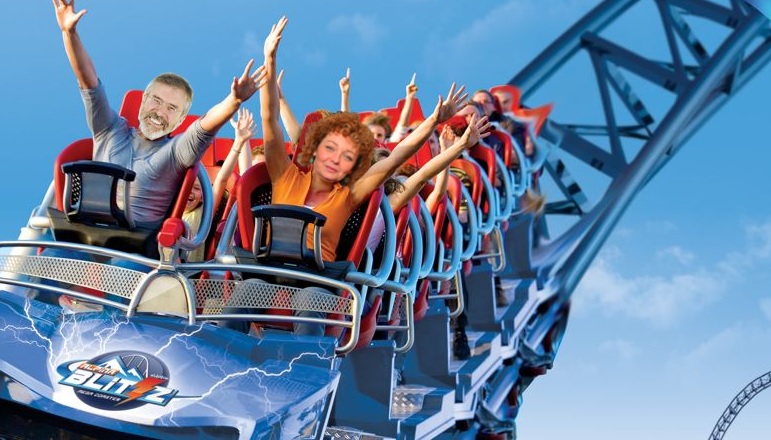 In the light of the recent furore over the naming of a children’s play park after Hunger Striker Raymond McCreesh, the Sinn Fein leadership has unveiled an election promise to build an entire theme park based around the Republican movement.

Announcing the plan, Culture Minister Carál Ní Chuilín told reporters that the McCreesh Park “had been a great success, attracting huge publicity for the Newry district, but it has also highlighted the need for more IRA themed play parks around the country. Rather than take a scatter gun approach to funding such facilities, we’ve decided to centralise our resources and will be seeking grant aid for an entire amusement park – fittingly to be sited at the former Maze Prison.”

The press release went on to outline proposals for the park, provisionally named Divis Alton Towers, with each ride being given a Republican twist. According to the statement the attractions will include….

Any early starters can tuck into an Occupied Six Counties Fry or ‘boiled egg with volunteers’ at Stakeknife’s Breakfast Shack, while thirsty parents will be able to enjoy a pint in one of several illegal drinking dens, secure in the knowledge that their children are playing safely in the Long Creche care facility.

Surprisingly the DUP have given a guarded welcome to the proposals. “We’d be fine with it,” revealed their Upper Bann candidate David Simpleton, “but it’s important that any auld bollocks themuns get is balanced by similar shite for us. Therefore we’ll be demanding a new theme park in Ballymena – to be called Paisleyworld.”

“It’ll have loads of fun rides, fancy bars, music venues and the like,” he claimed, “but to get in you’ll have to get past the 500 placard waving Free P protesters objecting to it.”