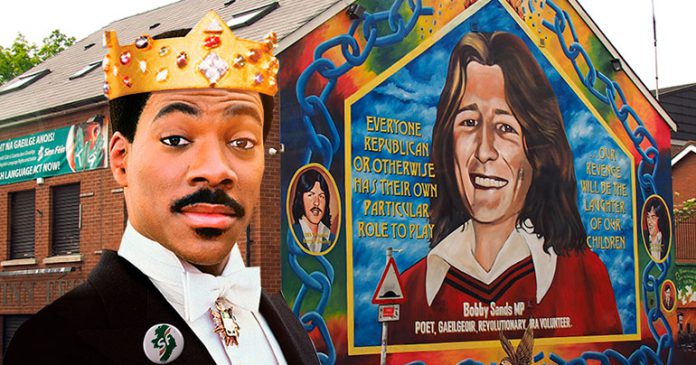 Sinn Fein officials have denied any wrongdoing after three of its offices received payments from Stormont’s emergency Covid fund despite being ineligible for the scheme.

According to one MLA, the party had failed to repay the cash as they’d assumed it was a legitimate donation.

“We’d no idea where the money came from at first,” said West Tyrone MLA Eoghan Cash. “Then someone said that Michelle had got an email from a Nigerian prince who’d promised to lodge a large sum of money with us if we passed on our bank details. “

“As a Republican party, we’d normally be suspicious of a member of any royal family offering us money, but then again we got over a million from that mad boy who lived in a caravan, so who’s to know.”

“To be honest, there’s that much money swilling around our accounts we don’t know where half of it comes from, I’ve never worked out why we got that massive transfer from the Northern Bank back in the day.”

Luckily for Sinn Fein, the error was revealed after a BBC investigation.

“We have to thank them for spotting the mistake,” says Cash. “If it all hadn’t come out on the radio, then we might never have noticed and just kept the money.”