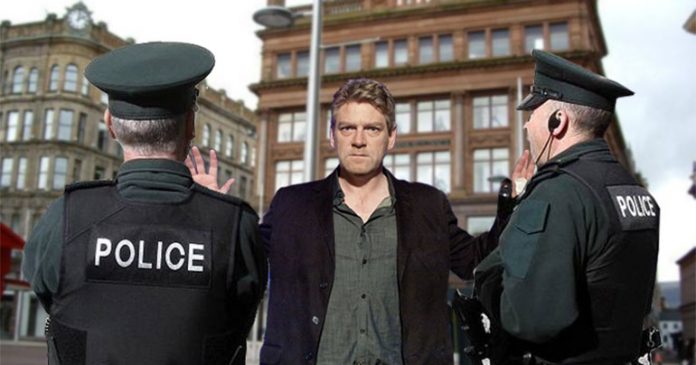 Film star Sir Kenneth Branagh was SENSATIONALLY arrested this afternoon in the Belfast branch of Primark, just hours after being awarded the Freedom of the City by the Council.

Eagle-eyed staff apparently spotted the 56-year-old actor slipping a three pack of white socks into his rucksack, before observing him making his way back onto Castle Street without paying. They immediately contacted the PSNI, who have since confirmed that they made an arrest in connection with the crime.

The Ulster Fry understands that the Belfast born thespian, 46, had launched into a drink fuelled rampage after learning of his award from the Council, in the mistaken belief that it allowed him to do whatever he wanted.

Sir Kenneth, who starred as Qui Gon Jinn in Star Wars Episode 4: Revenge of the Phantom Menace, is believed to be wracked with remorse at his uncharacteristic behaviour, and has since offered to pay for the socks.

A spokesman for Belfast City Council told us that this was the worst example of Freedom of the City mania they’d ever seen.

“At least since when Van Morrison picked up his award and accidentally smiled for a photo.”

*Our lawyers have asked us to point out that all events in this story are entirely fictional, and that if Sir Kenneth Branagh or anyone in his legal team read this they should immediately forget all about it. However, if he’d like to “break into the big time” and appear in one of our wee films, he can get in touch and we might give him an audition. xo.