Stephen Nolan and Uncle Hugo to fight for Children in Need 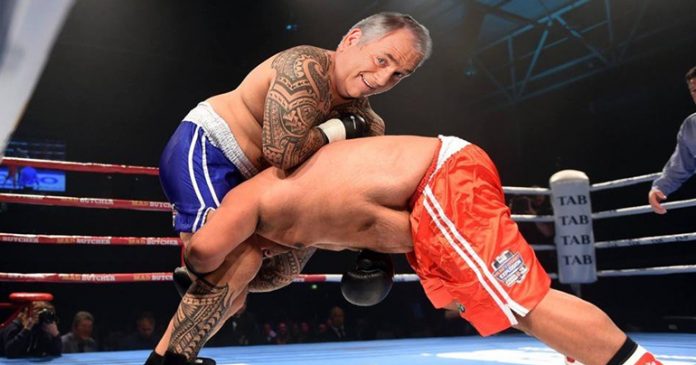 Boxing fans are licking their remote controls in anticipation today, after two of Northern Ireland’s most irritating radio personalities, Stephen “Troller” Nolan and Hugo “Strabane Slammer” Duncan, agreed to bax the jaws aff each other for Children in Need.

The fight pits the Shankill born shit-stirrer against the Strabanastani scrapper, in a 5 round bout at Belfast’s Bradbury place – chosen for it’s large screen, half decent road network and conveniently placed KFC.

Nolan has been following a gruelling training regime in preparation for the fight. “He’s been going hard at it!” revealed his coach, Nolan Traynor. “Some sessions have gone on for as long as two, sometimes two and a half minutes!”

Duncan, meanwhile, has been spotted punching sheep in his native Tyrone, and is understood to be planning a flamboyant ringside entrance to the motivational anthem of Philomena Begley singing the ‘Eye of the Tiger’.

“The H man is feeling very confident about the bout” boasted Hugo’s personal assistant, Duncan Staff. “In fact he just announced live on his show that he’d go through Nolan for a shortcut”

“Although Stephen’s studio is actually on the way to the staff canteen,,” he admitted.

Meanwhile other Northern Irish celebrities are in talks to appear on the undercard in for what could be a star-studded line up.

William Crawley is set to fight a giant tarantula, Barra Best will scrap Cecilia Daly to settle who is NI’s best weather forecaster, whilst Frank Mitchell will face off against an evil version of himself in a contest one fighting expert called “shadow boxing”.

If you’d like to to donate to Children in Need, even without watching these two ganches hammering each other, you can do so at http://bit.ly/2j2yotB