Stormont to bring back 1970s play-parks – ‘to improve Olympic prospects’ 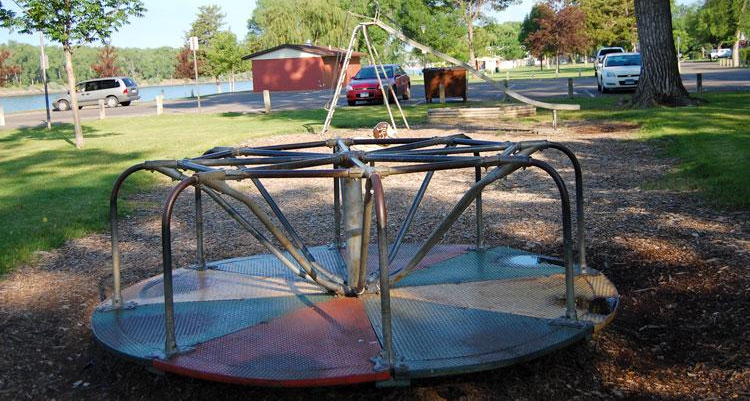 Kids need to get off their holes and start injuring themselves if Northern Ireland is to become a force in world sport, a controversial Stormont report has claimed.

Released today by the Department for Communities, the research claims that the evolution of the play park over the last 30 years has led to children becoming ‘big girl’s blouses’ compared to their predecessors.

According to the report’s author Dr Rhonda Bout we reached peak play-parks injury potential during the 1970s and 80s.

“Old equipment wasn’t being replaced,” she says, “you had rickety swings, towering, teetering slides and finger nipping see-saws, all set loosely in crumbling concrete strewn with dog shit and fag butts. Any trip to ‘the swings’ with your mates would result in at least one major injury.”

“Nowadays it’s all ‘soft play area this’ and ‘ergonomically designed that’. You wouldn’t see Mary Peters, George Best or Barry McGuigan on 3 foot high slide with padded side rails. They’d be lacerating fingers on rusty monkey bars like proper kids.”

Welcoming the report Minister Paul Givan told reporters that his department would be now looking to make play-parks as dangerous as possible.

“It’s all very well investing in formal education, but we also need to be making sure that the school of hard knocks is adequately provided for – by increasing the number of hard knocks available.”

“As we speak my department’s staff are out smashing equipment around the province, blocking toilets and leaving small deposits of white dog shit near the climbing frames.”

“Parents can rest assured that their children will be able to break limbs with impunity just like the good old days,” he concluded, “except on Sundays of course, unless they have a set of bolt cutters.”