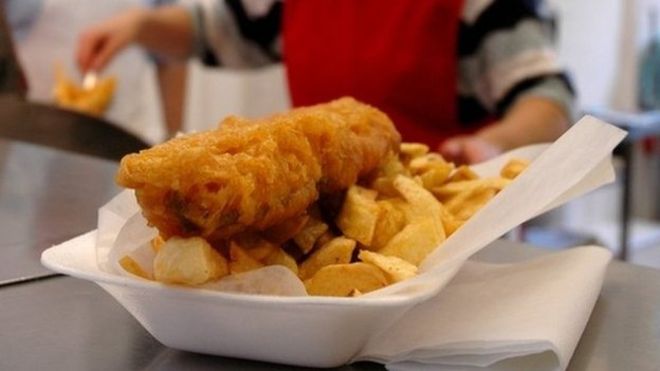 Eating just one or two ‘snack boxes’ from your local takeaway per week could improve your health dramatically whilst also adding years onto your life, a new report has claimed.

So long the guilty indulgence of the lazy and weak willed, snack boxes – a diverse combination of chips, curry sauce, battered chicken balls and other random meat products, such as a single pork sausage or barbecue spare rib, had been thought to be nutritionally poor meal choices. However this new report claims otherwise.

“Our research reveals they are actually good for you” said Larry Burney, chief analyst on the study. “We looked at several new metrics which government nutritionalists ignore to bias their data. These include the time spent faffing around in Tesco looking for fresh veg, the pressure on your lower back from standing staring at pots boiling when you just want to plant your arse on the sofa, or the elevation in cortisone levels with the stress of eat brocolli or kale.”

“When you factor in these variables, the real health benefits of just eating stuff chucked into a polystyrene box for 4 quid really start to show!” he added.

The news will come as a surprise to many post Christmas dieters, who had been warned off such delicacies. “Nope, you can fill your boots” he revealed. “Spicy curry sauce actually speeds up your metabolism and the doughy batter on chicken balls contains a natural anti-biotic that fights off diseases and reverses the ageing process.”

“Although they do make you fat as fuck” he added.

The report was commissioned by the Dragon Palace Institute of Nutrition.