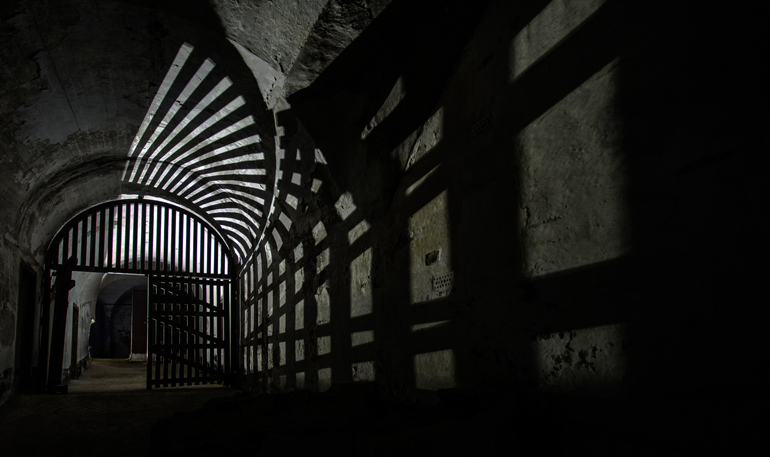 Halloween is nearly upon us, so there’s plenty of so-called ‘spooktacular’ events being lined up across the country.

There’ll also lots of websites promoting places here that claim to be really, really haunted – probably because some auld doll once heard a cat screeching and decided it was a banshee – but where can you go that isn’t actually haunted?

We’ve conducted a special investigation to find these elusive sites….

When it first opened hundreds of people reported hair-raising experiences in Victoria Square. Paranormal investigators were called in but discovered that there were no ghosts, it was just the price of parking that scared the shite clean out of you.

Visitors are said to have felt icy cold wisps of air rushing past them as they wandered around looking for something to do. Turns out it was just that someone had left the door open.

In 1998 a group of American tourists claimed that Lurgan was infested with zombies. Inevitably these strange half dead figures were the people of Lurgan themselves.

Locals claimed that no one shopped there because it was because it had been built on an ancient Indian burial ground. It was actually an Indian Restaurant, and the centre wasn’t cursed it’s just shit.

Earlier this season fans reported the shuffling ghost of a long forgotten player on the pitch. Action replays revealed that it was big money signing Nacho Novo.

47 people starved to death during a particularly lengthy traffic jam outside the Ulster Hospital in 2012. Their departed souls might still be there but no one has been able to get through the congested traffic to check.

This used to be the most haunted part of Northern Ireland, but when it was revealed in the Guardian that North Down Defenders protect the area from absolutely anything, presumably including ghosts, the paranormal activity ceased. Sadly paramilitary activity didn’t, and many locals still believe that brooding malevolent creatures from the past emerge at night to terrorise the inhabitants as they search for their lost relevance.

In 1974 Ian Paisley declared Stormont clear of supernatural beings by standing beside Carson’s statue and declaring “No Ghosts Here”, but in 2015 investigators were called back in to check the building after reports of unusual inactivity. Nothing was found, although they did reveal that several MLAs had skeletons in their closets.