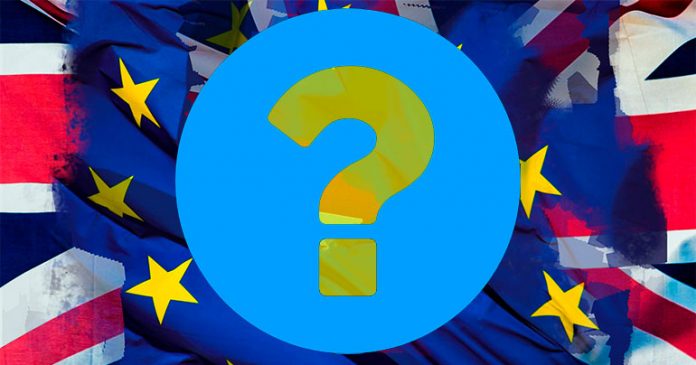 Boris Johnson claims to have negotiated a “great new deal” with the EU, which could see Brexit go ahead on October 31. It’s all very confusing, so our panel of experts is on hand to answer all your questions.

Where will the border be? B Johnson, Westminster

The land border will be where it always was, but there’ll be a new, floating border made out of pallets in the middle of the sea. Like the land border, there’ll be about 600 crossing points and you’ll be able to get different types of Tayto on either side.

Will there be checkpoints in the sea for me to blow up? Bill A Clava, Creggan

Yes. There’ll be inflatable checkpoints to make sure no one smuggles crisps. These will be manned by paramilitary groups on a rota basis.

Will I be able to smuggle stuff in my knickers? Mrs Fidelma Taxes, Monaghan.

It depends how big your knickers are. Basically we’d advise smuggling small items like mobile phones, before building up to big things like farm animals and diesel.

Why are the DUP unhappy? Mr Bill Eden-Obvious, Larne

Because they hate the gays and don’t drink beer.

No, why are the DUP unhappy about this deal? Mr Bill Eden-Obvious, Larne

Ah right… They only voted for Brexit because it had a flag on the poster and predictably they’ve been sold a pup by the Tories.

The Shinners seem happy, what colour should my face be? Mr S Wilson, East Antrim

A very deep shade of red, with a hint of purple round the edges.

What will happen when MPs vote about it on Saturday? Mr J Corbyn, London

They’ll all shout about stuff for a bit, til yer man with the grey hair shouts “DIVIDE” Then most of them will vote for it because they’re scared of Nigel Farage.

Is it a good deal for Northern Ireland? Everyone who lives here.