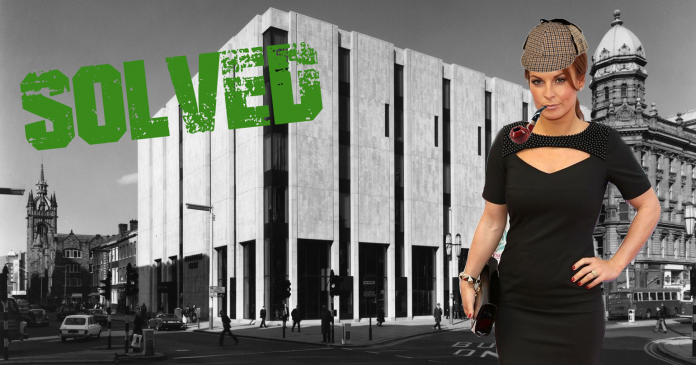 Celebrity detective Coleen Rooney has stunned the PSNI by uncovering the truth about the infamous Northern Bank robbery of 2004, using only the power of Social Media.

Mrs Rooney, 33, told The Ulster Fry that she’d been investigating the £26 million heist for some time.

“I decided to reopen the case in 2015, and at first employed normal detective methods – interviewing suspects, examining clues etc. – but was getting nowhere.”

“Then suddenly it hit me, all I had to do was post something on Instagram and wait for the culprits to come to me.”

Mrs Rooney then announced to her thousands of followers that she had taken up notaphily – the hobby of collecting old banknotes – and asked if anyone had Northern Irish notes to add to her collection.”

“Pretty soon I was getting loads of replies from all over the country,” she explains. “and I began to narrow down my search.”

“This one old guy in Belfast, Gerry I think his name was, told me he knew someone with over a million quids worth of Northern notes under a mattress, but I ruled him out because he had a beard and posted funny things on Twitter.”

As more and more followers sent her pictures, it soon emerged that the real culprit was much closer to home.

“It’s been tough keeping it to myself and not making any comment at all, however I had to. Now I know from certain who did it.”

“I have saved and screenshotted all the banknotes sent to me, and it clearly shows just one person could have done it.”

Mrs Vardy immediately denied the allegation, pointing out that she was only 14 when the crime was committed, but she was arrested by the PSNI yesterday and sentenced to 23 years in Maghaberry this morning.