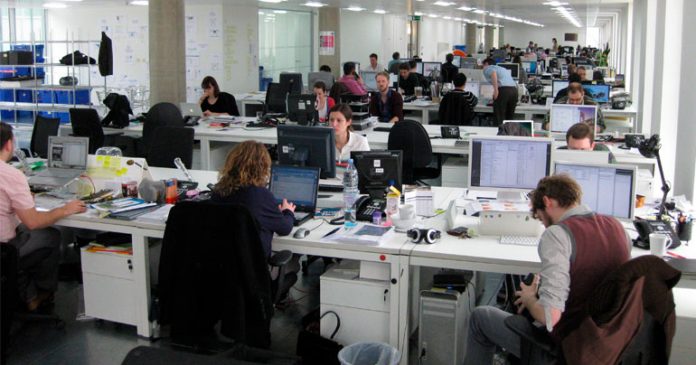 Going back to work after Christmas is definitely the worst “going back to work” of them all, especially if you did something illegal and/or involving your arse making an appearance during “last day drinks”. Here’s a few topics you can mumble about with your colleagues while you secretly cry inside and wonder when you can retire.

Insist you had the quietest Christmas

On upon arrival at work, declare that your Christmas was the dullest and least eventful Christmas in the history of the world. Everyone will think you are talking out your hole of course… because obviously theirs was.

Alternatively, complain about going into town over Christmas

Seriously, everyone will love hearing you moan how packed the bars were, how much money you spent, how long it took to get at taxi home and how you’re never ever doing it again… ever.

Slabber about much booze you have left

A double-edge sword of post Christmas conversation, heavy drinkers and flashy f**kers can’t agree on whether having the least or most booze left constitutes a victory – so know your audience and be prepared to wing it.

Be adamant about doing a Dry January

Even if you’ve a house full of Advocaat and that weird wine you’re meant to heat up you can still say “that’s me off it til the end of the month”. What you mean is that you’re going to have a dry 3rd of January then inject yourself with leftover Baileys on Friday.

Boast about how much weight you’ve put on

The one time of year where rapid weight gain is a competitive sport, forgo any scientific measurement in favour of simply guesstimating your new weight by slapping your belly and noting how much tighter your new Christmas clothes are… then plucking a number out of the air. “I must have put on at least 12 stone,” claimed Billy.

Investigate who took their tree down first

There are three types of “tree people” – “We’re miserable gits who took ours down on Boxing day just in case the neighbours might like it” – “It has to stay up til the 6th of January, that’s what it says in the Bible” and “Ours secretly stays up til the end of February because we’re lazy bastards but we’ll let on we took it down yesterday.”

Discuss how shit the TV was.

It was shit, to be fair.