The Ulster Fry Guide to the 2019 council election 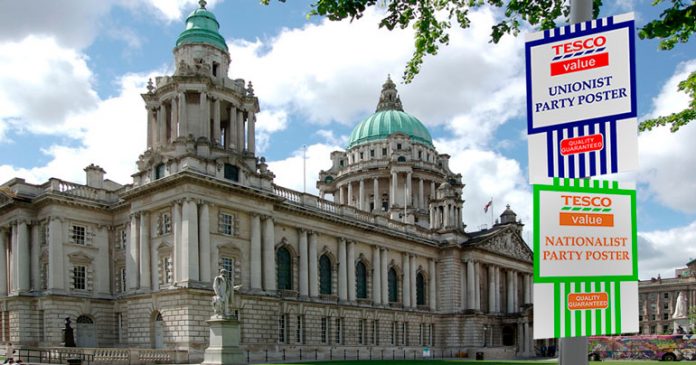 The more observant among you will have noticed that our councillors have been appearing in local papers more often recently, pointing at potholes and telling everyone what a great job they did getting a toilet opened for an extra hour each day. Turns out there’s a council election tomorrow, so here’s our guide to help you understand the complexities of this important moment for democracy.

How do I vote?

Council elections use the STV method, which stands for Same Traditional Vote, rather than the First to Piss up the Post method used in Westminster elections. You vote for candidates in order of preference, stopping when you find one with colours you don’t like on their election poster.

Will I need to bring my ID?

Yes, you will. Unless you’re dead, then you’ll need someone else’s ID.

Who stands for these elections?

There are three main types of candidate – people who used to be MLAs, people who want to be MLAs, and people who even their own party thinks are too stupid to be allowed to be MLAs. They can see pictures of them on lamp posts at the moment, grinning or gurning down at you like extras from the Walking Dead.

What parties are running?

All the usual suspects, plus a clatter of independents. You can tell the independents from the rest because the photo on their poster looks like it was taken by their ma on an old Polaroid. There’s also a new party called Aontú, which is really, really against abortion. It’s the “only party that will defend right to life,” says its leader, who used to be a Sinn Féin TD, when he appeared to have had no bother being in a party linked to an organisation that ended quite a few lives.

What do our councils do?

If you believe many of the candidates, local councils are in charge of Brexit, immigration, nuclear weapons and the Israeli-Palestinian conflict. In reality they’re in charge of bins, burials and bonfires.

How much do councillors get paid?

They get an allowance of £15,000 a year, plus more if they get to be mayor. This is why they all get a turn at being mayor, even the ones who can’t spell their own names. They also get expenses, mostly to drive to and from council meetings and attend important conferences in Venezuela about Brexit, immigration, nuclear weapons and the Israeli-Palestinian conflict.

Who should I vote for?

The best thing to do is read all the manifestos carefully and draw up a list of policies you agree or disagree with for each party. Then vote the same way as last time.