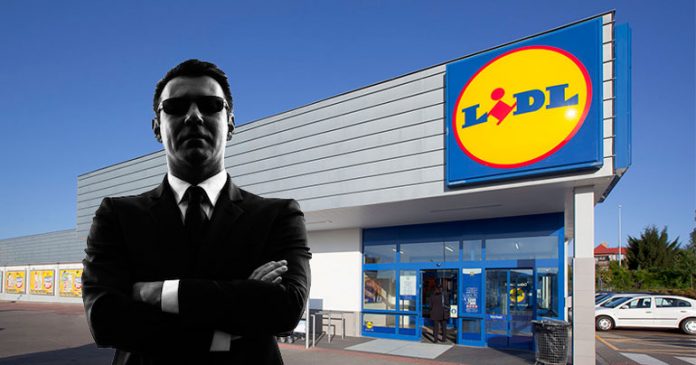 The mysterious lack of staff on the tills of Lidl stores has finally been explained, after an undercover investigation conducted by The Ulster Fry revealed that they are all out the back running a global network of secret agents.

Our investigative reporter successfully managed to infiltrate the German supermarket after completing a rigorous job interview which saw him being tested in how quickly he could disappear from a cash desk.

“After winning the trust of my new colleagues by showing a deep knowledge of brands that look a bit like more famous brands, but aren’t, I was led into a back office of the store – the command hub, as they call it.”

“Once inside, I found myself placed in charge of a spy operation in the Uzbekistani capital Tashkent, guiding agents stationed in the Mongolian embassy as they attempted to steal secret documents.”

“It was a nightmare trying to keep them out of bother whilst still having to rush out the front when the sign lit up for till number three, so I could clear a massive backlog of customers.”

“It makes perfect sense, when you think about it. Lidl are able to equip their agents using all the stuff from the middle aisle. They’ve got more spy gear there than that Q fella has in the Bond fillums.”

Inevitably, a spokesman for Lidl denied the allegations.

“This is clearly ridiculous, our staff have to disappear out the back because they’re trying to break the world record for keeping plates spinning on poles,” we were told by store executive Jeff Scaramanga, before he sprinted off to press the store self-destruct button hidden under the wee red unhappy face at the exit.