Theresa May destroys burrito on first official visit to NI 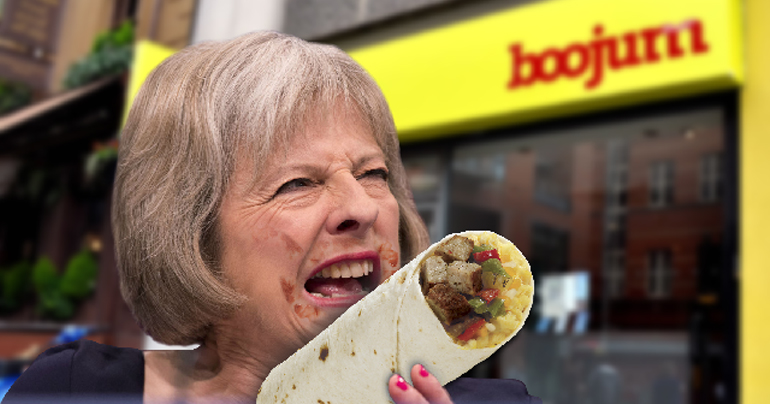 New Prime Minister Theresa May got to grips with Northern Ireland today as she travelled across the Province in an effort to understand the electorate here.

Famed for her fashion sense and many wardrobe changes, she began her day at the world famous women’s underwear department in Primark, Royal Avenue. “They have a quare selection of underbags,” she admitted. “but I actually prefer wearing men’s keks…. cos I had to grow a massive set of balls to get to where I am today.” 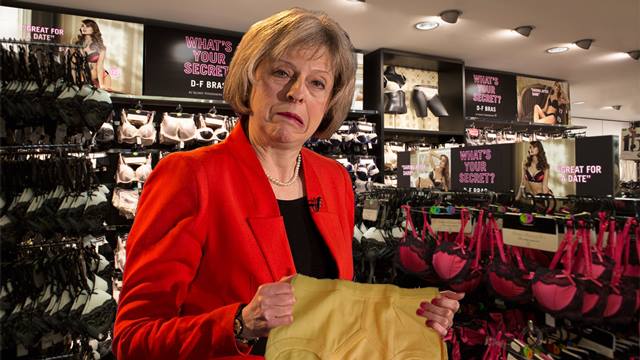 Next Mrs May headed to the popular Mexican restaurant, Boojum, where after queuing for 45 minutes in a sea of beards, she impressively horsed an entire pulled-pork burrito into her.

“I welcome the announcement of two new Boojums opening soon” she said afterwards. “Cos that was lovely… but I’ll be f**ked if I’m standing in that queue again!”

“I’d rather get the Boots meal deal” 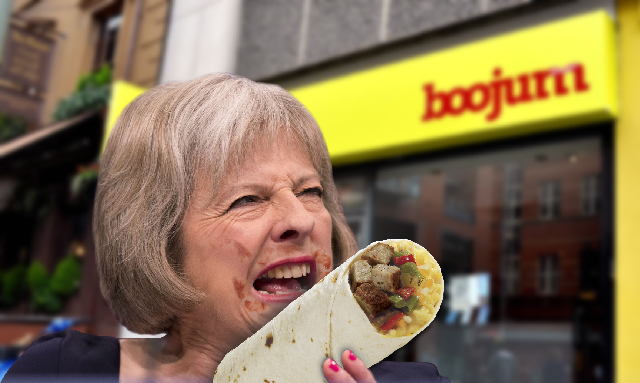 Liquid refreshments were next on the menu as the PM was spotted getting wired into local craft beer outside the Dirty Onion. “I love how you’ve totally transformed the area” she told the owners. “I remember when the Cathedral Quarter used to be full of run down warehouses. Now look at it!” 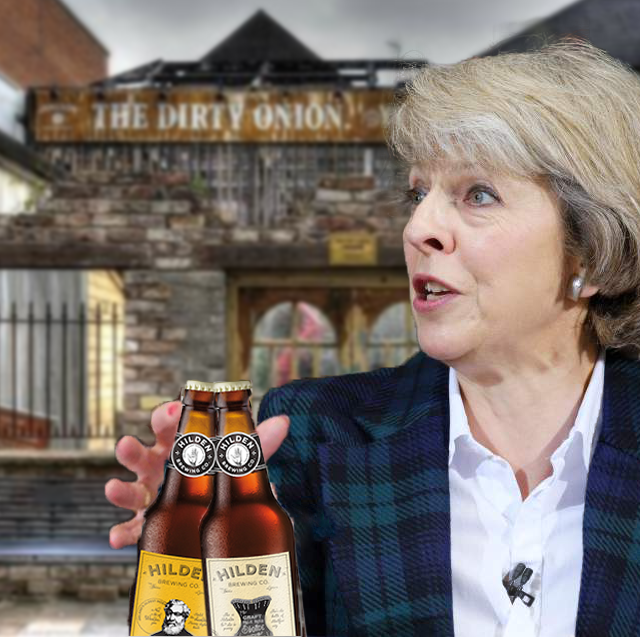 Getting out of the city next, Mrs May travelled to Lurgan, where she opened a brand new sheugh in a local field. “I already thought Lurgan was a hole” she told the gathering crowd “but f**k me, yees have really really outdone yourselves!” 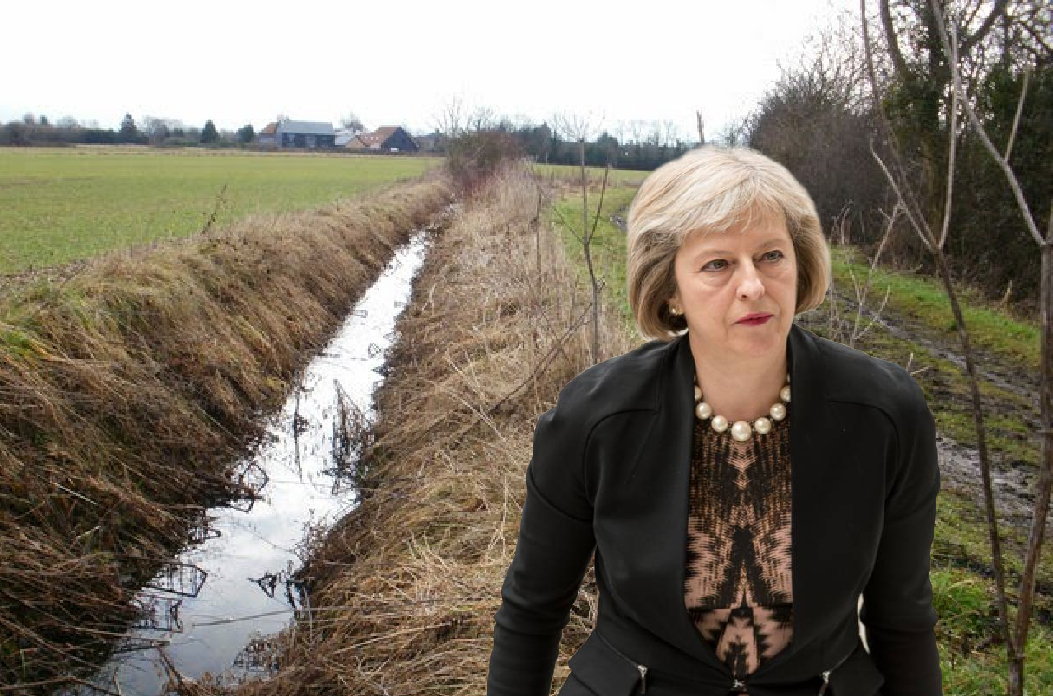 Crossing into neighbouring Portadown, Mrs May lashed out at benefit fraud by appearing outside 73 Wayside Gardens – which the Guinness Book of Records lists as having ‘the most dole drops of any house in the UK’. 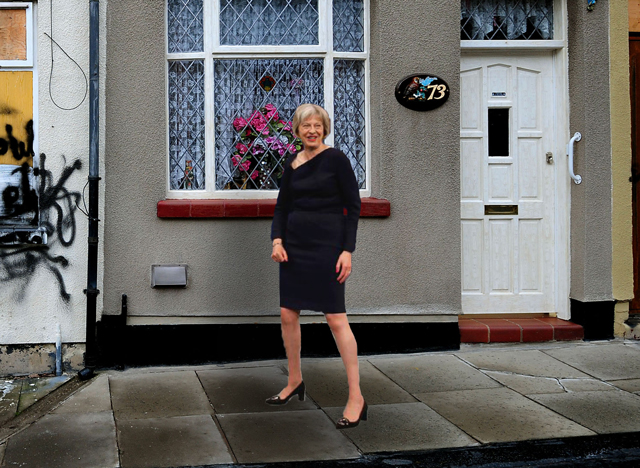 Finally, in an effort to build bridges with nationalists in the west, the Prime Minister daubed out ‘London’ on a road sign approaching Derry.

“I actually prefer to paint towns red,” she informed a passer by. “Any parties happening, hi?” 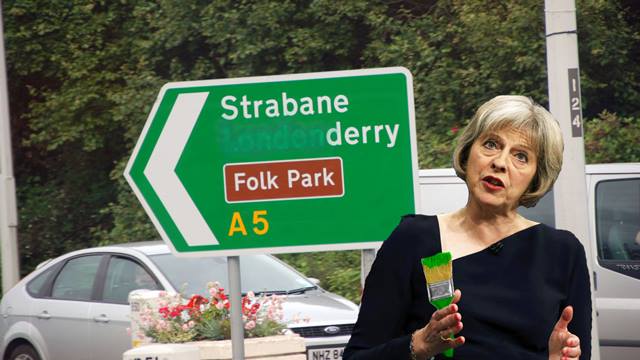