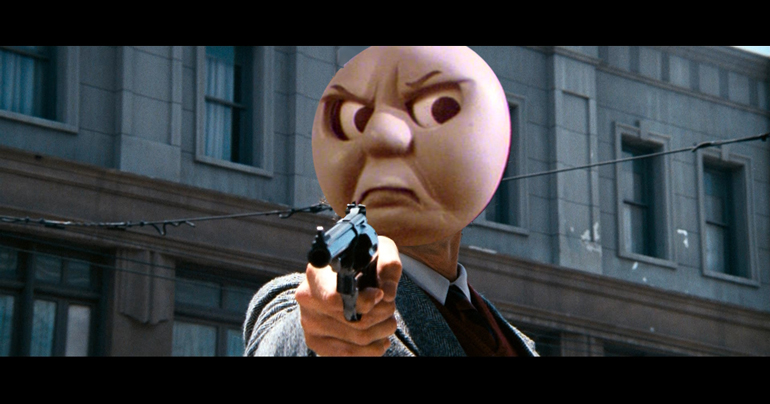 Veteran children’s TV star Thomas the Tank Engine has sensationally turned his back on his long running show in a bid to gain critical acclaim as an actor, The Ulster Fry can reveal.

The moon faced entertainer’s agent Tamara Knight told us that after years of dealing with minor scrapes on Sodor Island, Mr Tank Engine feels that he is danger of becoming typecast. “Thomas feels that he has more to offer than simply pulling carriages and occasionally having a race, he has a great dramatic range which he wants to explore.”

However in the past it seems that the steam powered star’s demanding personality has ruined his chances of landing the top roles. “He insists on having his name in the title of every movie, just like his TV show,” says Ms Knight. “When he was lined up for the title role in Saving Private Ryan he argued that it should be Saving Private Thomas so was dropped from the cast.”

“Likewise a lead role in a Dirty Harry remake was scuppered.”

We have also learned that his co-stars in Thomas and Friends are furious that the egotistical lead has walked out on them. “Percy, James and Edward are devastated,” a show insider told us. “Without Thomas they’re nothing. Percy is working in McDonald’s and James is back living with his mum. Edward has sunk even lower, accepting a part in an ‘adult film’ called something like Edward the Wink Engine.”

Movie fans will be watching developments with interest, but previous attempts by children’s TV characters to branch out into more serious roles have not ended well.

Paw Patrol: Behind Enemy Lines bombed at the Box Office, and Mr Tumble’s repeated attempts to be considered as the next James Bond have all ended in disaster.