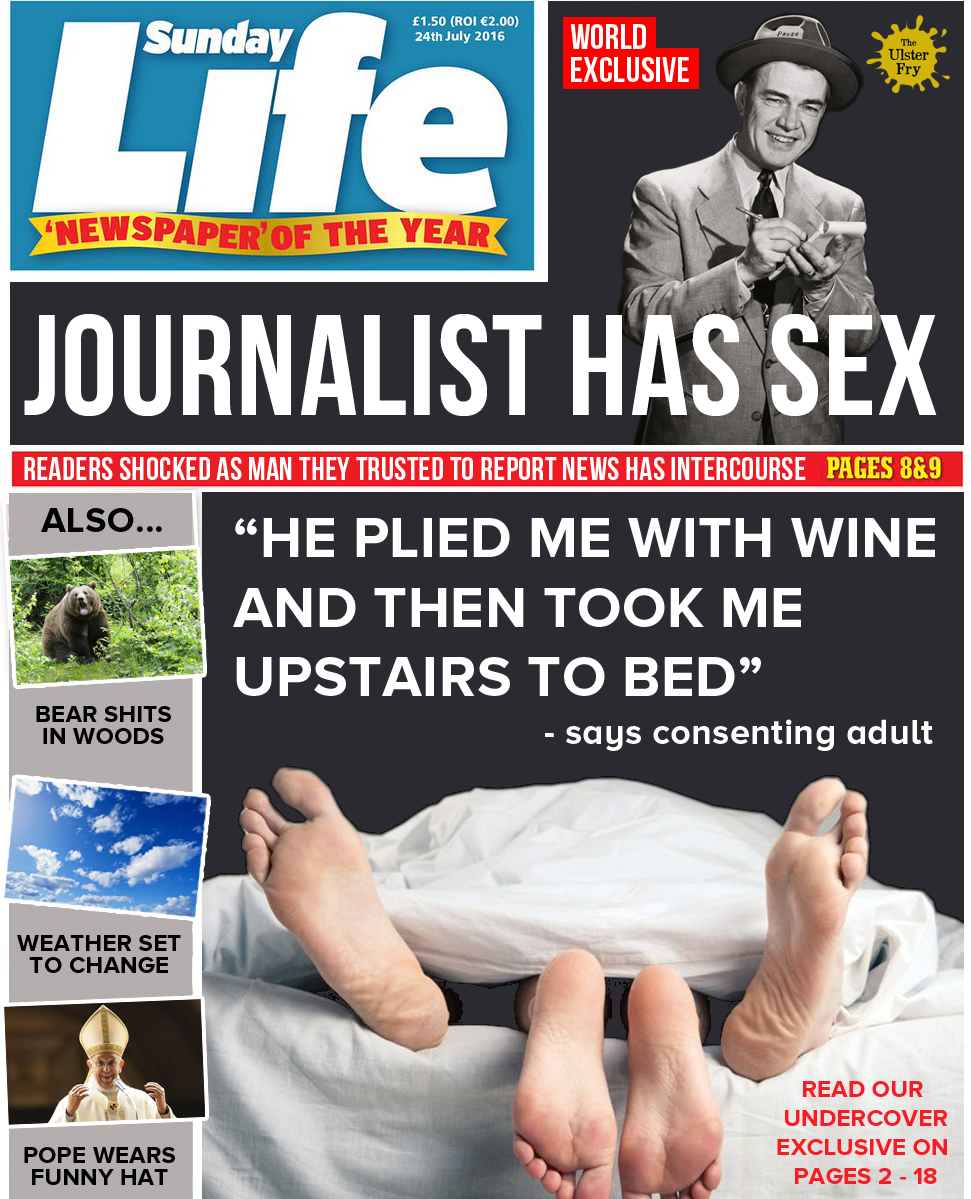 Today The Ulster Fry can expose the sordid sex shame of a prominent local print journalist, who has been involved in years of covert legal, consensual sex.

We have spent months investigating the vile truth about the outwardly respectable Joe Rumer-Monger, a reporter generally well thought of in the industry.

Using our immense power as a media outlet we can reveal that Mr Rumer-Monger, has been shamelessly….

All of these salacious acts have been carried out despite the fact that he is a well known adult, with no personal ties or family. To make matters worse the perverted hack has continued to behave in respectable manner to the local curtain-twitchers and gossips, giving no hint of his shameless antics behind closed doors.

The Ulster Fry is, of course, revealing this in the public interest, not to try to titillate or amuse readers. No one could argue that reporting the private life of a public individual shouldn’t take precedence over the investigation of real scandals, such as financial corruption and cronyism in high office.

Close friends in the media industry have been supportive of their shamed colleague and hope that he will be allowed to reflect on these sordid revelations in privacy.

‘We wouldn’t want to see him being ridiculed by the public’, said a fellow journalist. ‘Sanctimoniously judging people is our job.’