Time running out to lose enough weight to pay for Christmas 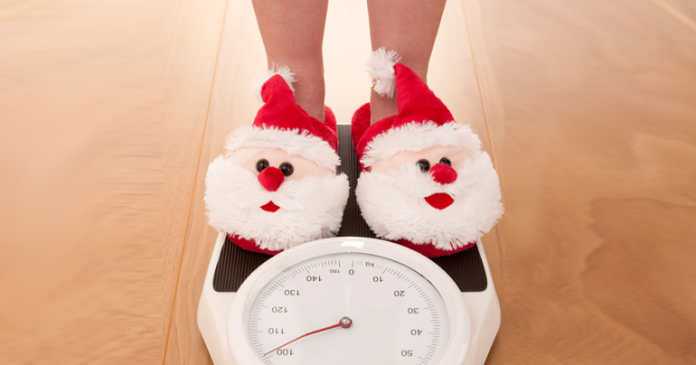 A leading scientist has warned time is running out to lose enough weight before Christmas to successfully avoid clothes shopping in Jacamo and Evans in the January sales.

“According to my calculations, Christmas is now only six week away” explained Belfast theoretical physicist, Albert Wankstein.

“By combining this new temporal data with the exponential rate you’ve been sticking your head into the fridge, I can extrapolate that you’ll be a ‘fat hure’ by the New Year!”

“Unless you go buck mad at the gym for a lock of weeks before Christmas to offset your carby footprint” he explained, pointing to a complex mathematical equation factoring in variables such as spud density, biscuit tin quota, teacake quantity and number of cans of beer stockpiled.

The news has sent shockwaves through the local fitness industry, forcing thousands of people to actually use their memberships.

“I haven’t shown my face here since before my summer holidays” admitted part time gym goer, Ross Trainer, “But with hard work and a renewed determination to reach my goals, I am confident I can lose enough fat over next six weeks, that when I spend Christmas stuffing my face – I’ll be around the same weight as when I started!”

“I can’t wait to get back to square one again!” he beamed.

“So we’ll be focusing all our efforts on getting progressively fatter from now til then – and then worrying about it the new year.” she added.