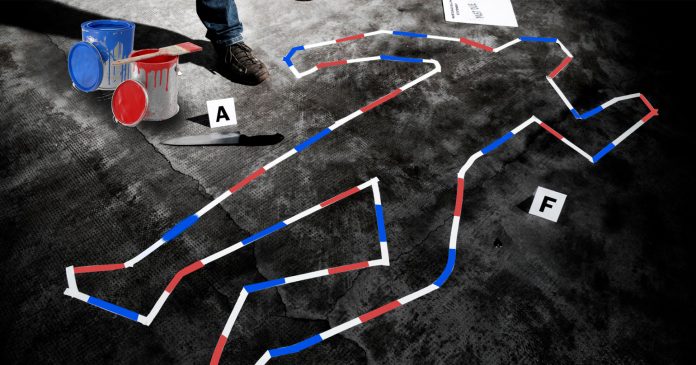 A senior DUP politician is set to admit to murder, the Ulster Fry understands, as a twisted game of dare within the party, which sees players initiate a huge political scandal in a bid to get fired, escalates.

“It all began as a bit of craic after Red Sky” revealed a party insider. “Everyone thought heads would roll for that… but someone within the party came up with the ingenious idea of not giving a shite and then pretending like it didn’t even happen!”

“Most of us are still here” he beamed!

Since then the game of some-nerve has spiralled wildly out of control, as DUP politicians undertake increasingly offensive betrayals of the public’s trust in a bid to become the first person to actually get sacked.

“We’ve since seen the Charter NI, Nama, RHI and dodgy Brexit money scandals just blow through the party like a warm summer breeze” laughed DUP insider, Carson Abbott. “Big Ian thought he had it in the bag with this oul Sri Lanka craic – but sadly it seems like the party is gonna have to not let him go.”

The prize for winning is unknown, but rumours suggest whoever does something worthy of actually being dismissed, will be put forward for a Knighthood – and will also receive a rare unseen recording of Gerry Adams actually admitting to something.

The victim is alleged to be one ‘Colonel Mustard’ – and the as-yet mystery perpetrator has reportedly done it in the Stormont Library – with a candlestick. However party insiders fear being implicated in the game of murder will still not be enough to bag the top prize.

A DUP spokesperson was unavailable for comment as they were too busy planning a daring daylight robbery as a contingency.

DISCLAIMER:  This article is satirical. No one at the DUP has ever murdered anyone – at least not that we can prove. We’ll keep looking though.