Belfast bins to only be collected on designated days 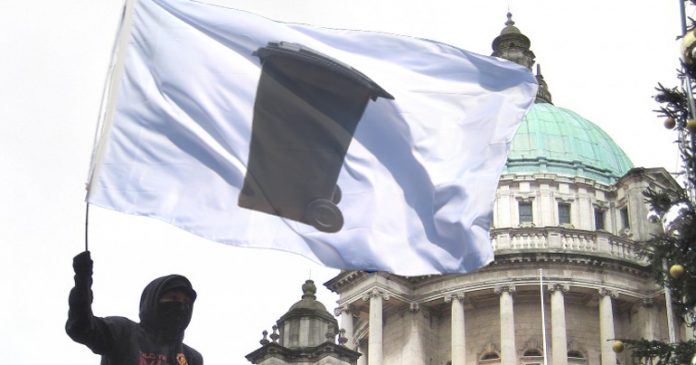 Black wheelie bin collections in Belfast may be limited to the same days that the flag flies on city hall, the Ulster Fry has learned.

The move would see bins collected only 18 times a year, though this will drop to 17 if Brexit finally happens and Europe Day is removed from the rota.

“It’s quite a complicated plan,” said council Head Bin, Bryn Liner. “Basically your first collection of the year would be the Duchess of Cambridge’s birthday on the 9th of January, and the last the Queen’s wedding anniversary on 30th November.”

“It gets messy if it’s a designated day and a public holiday, like St Paddy’s day, then you’d have to wait til the next one. But then in June your bin would get collected two days in a row for the Queen and Prince Phillip’s birthdays, so that’ll make up for it.”

Local people are understandably confused by the plan. “How the f**k am I suppose to keep up with this?” asked local bin enthusiast Mo Hot-Ashes. “I can hardly remember my own birthday, never mind the Earl of Wessex’s, my bin will never be emptied.”

Other options being considered by the council include:

Several council areas are watching developments closely, though it is understood that officials in Antrim and Newtownabbey have decided to do away with bin collections entirely.

“We’re just gonna gather all the shite up and set fire to it on the Eleventh Night, same as always,” said a spokesman.