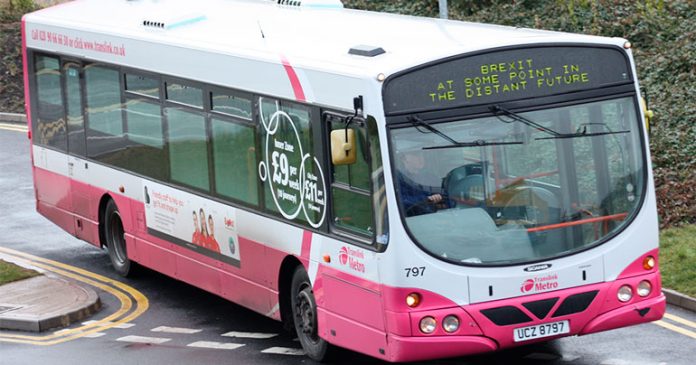 With the Brexit process facing yet more delays, the UK government are considering allowing Northern Ireland public transport company Translink to oversee the timetable for exiting the EU.

“This Brexit thing is taking ages to sort out,” confirmed Theresa May. “So, finally, I’ve decided to step aside and delegate the whole process out to a company used to making excuses for being late at stuff, and who’s better at delays than Translink?”

Executives from Ryanair were unusually quick to provide an answer, pointing out that also had expertise in the area.

“Clearly Mrs May hasn’t thought this through,” said Ryanair chief Michael O’Leary. “If we’d been in charge of this carry on from the start there’d have been delays at the referendum check-in, then another delay at the count.”

“We’d even have flown the all the negotiators to an airport in the back arse of nowhere and made them sit on a plane for 40 minutes before adding an extra delay when they went to get their luggage.”

“The best of it is, we’d then have cancelled the whole shebang and charged everyone 5 Euro for the craic.”

A frustrated Mrs May has agreed to delay the process of awarding the contract for administering the delay until after MPs have a series of meaningful delays.