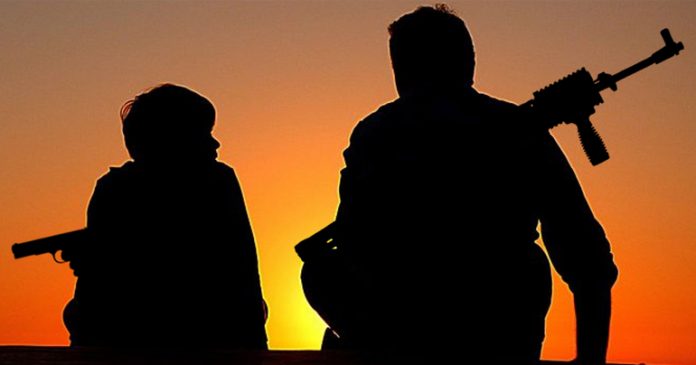 With Derry still in shock and mourning following the brutal murder of Lyra McKee, The Ulster Fry have discovered that a gang of organised criminals in the city are grooming kids to carry out vile acts for their own pleasure.

“It’s true, we’ve been investigating them for years!” confirmed senior PSNI officer, Jo-Jo Malone. “They cosy up to young boys and whisper sweet nothings into their ear. Then promise to take them on a big fancy holiday to a United Ireland someday if they’ll do some dirty work for them. It’s all very disturbing.”

The gang have been operating in the city for several years now, but their infatuation with teenagers only caught the public imagination this weekend after a number of highly disturbing videos appeared on Facebook showing young boys committing heinous, unspeakable acts to please them.

“Teaching children how to hate and how to hurt others is basically child abuse,” explained Professor Ketchyer Selfson from The Cambridge Institute of Fuckwit Studies.  “But sadly it’s been happening all over Northern Ireland for decades, often even in their own homes, by their own parents.”

“It doesn’t leave the same physical bruises and marks as classic physical abuse,” he continued “but it does leave deep scars that can take generations to heal.”

A spokesman for the abusers told us that it wasn’t their fault.

“Nothing’s ever our fault,” he argued. “The queen makes us do it.”