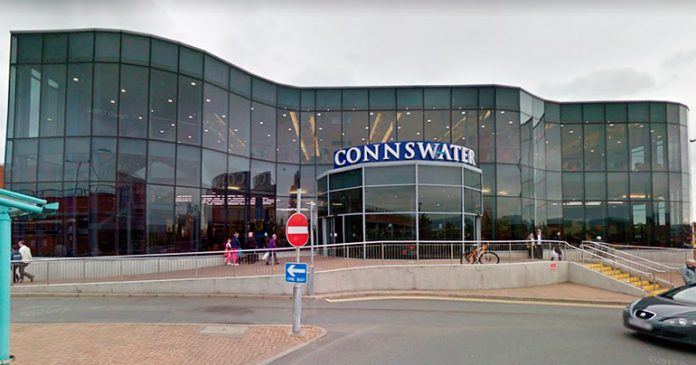 Following a spate of ATM robberies across Northern Ireland, one criminal gang has taken things a step further and stolen an entire shopping centre in East Belfast.

Connswater Shopping Centre went missing at approximately 1am this morning, with eye-witnesses testifying that a gang of around 20 men used a digger to lift the centre from its foundations before strapping it to the top of a Citroen Berlingo, and fleeing in the direction of Larne.

The PSNI told us that they were able to follow a trail of bargain items as far as the motorway, but this ran cold when they found Connswater’s branch of Poundland abandoned at Sandyknowes.

“It appears that the thieves realised that Poundland was shedding plastic tat and decided to dump it,” says sexy Facebook police officer Bobby Singlethong. “CCTV footage from Larne port later captured a similar looking van carrying a structure resembling a shopping centre onto a ferry, however we can’t confirm if it was Connswater as it was covered with a bin bag.

Singlethong believes that the centre may be smuggled to mainland Europe where it will be broken down for parts.

“It’s difficult to imagine an iconic shopping centre like Connswater being sold on the black market, but there are entire swathes of Europe that don’t have a Poundstretcher, so it could have a street value running into several Euros.”