U2 gig in jeopardy as Larry and Mo threaten walkout 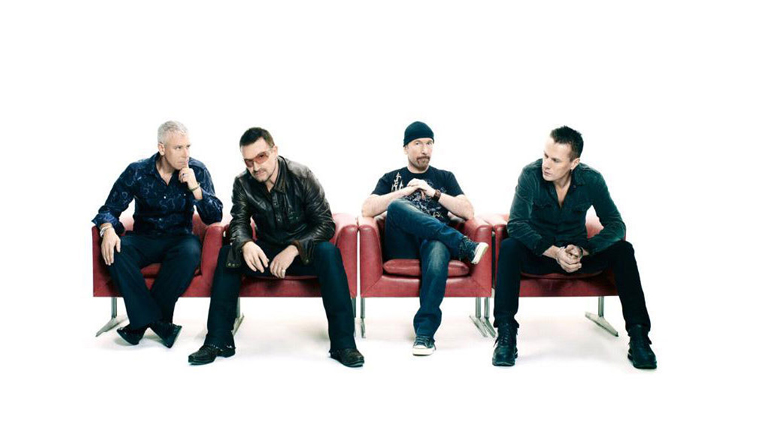 Tonight’s U2 concert is under ‘serious threat’ the Ulster Fry has learned, after the two ‘kinda normal’ members of the band threatened to quit – unless the other two ‘stupidly nicknamed eejits’ started acting their age,

Larry and his colleague, the other fella, have reportedly had their fill of Bono and The Edge’s spoilt rockstar antics. Sidney Tattletale of NME told us “There is now a clear division in U2, between members who think it’s acceptable to wear beanie hats and sunglasses in the shower – and those who don’t”

Tensions surfaced during last night’s journey to their Portrush caravan site accommodation, when The Edge asked the driver if they could have a ‘piss stop’.  However Bono defiantly told the driver ‘Naw hi, keep er lit’, as he wanted to be bed by 12pm. On arrival, further trouble then erupted though, after The Edge took the top bunk, leaving Bono, who claims to suffer from claustrophobia, in the bed beneath.

“Bono is supposed to be on the top bunk, The Edge underneath and Larry & Gary on the floor.” explained Tattletale. “The band’s sleeping arrangements have been like that for years, cos apparently The Edge always pisses the bed!”

“Bono actually wrote the Song ‘Elevation’ about the sheer joy of getting the top bunk ye know?” he added.

A slanging match later broke out between the pair, as The Edge took to the internet to vent his anger on Twitter, “There are two types of people in this world. Those who hate Bono – and Bono.”

Adam and Steve told the pair to stop acting like a ‘couple of spoilt brats’ and informed them of their decision to leave the band unless the pair’s behaviour drastically improved.

Bono and The Edge took the news surprisingly well and released a joint statement saying, “In light of Adam and eh, Barry’s decision, we will now be known as ‘Us-2′.”