Robbo to step aside. Who will replace him? 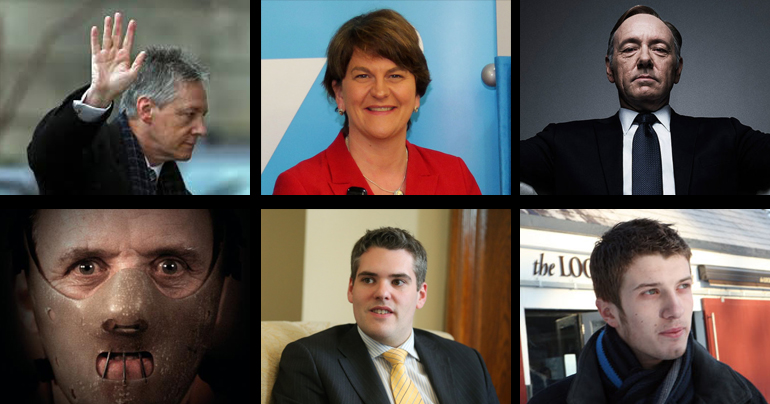 DUP Leader and First Minister Peter Robinson has sensationally announced that he is to step down from both jobs. We look at the top runners and riders in the race to replace him.

Arlene Foster: Former UUP MLA who jumped ship because she didn’t want to share power with Sinn Fein. Is now sharing power with Sinn Fein whilst the UUP have left the Executive. For: Has filled in for Robbo when he’s phoned in sick so is thought to be a front runner for First Minister. Against: Is a woman

Frank Underwood: Fictional US President from House of Cards, a man well versed in the twists and turns of politics. For: Another experienced operator who’s used to the world stage. Against: Probably too nice to be leader of the DUP

Gavin Robinson: The fresh-faced angry speech maker could be an outside bet for party leader, due to the fact his name is Robinson. For: Called Robinson. Against: No one has seen him since May.

Hannibal Lecter: Whilst new to the party following his recent appointment, Hannibal has shown a great appetite for dealing with all sections of the community.  For:  A real people person. Against: Sometimes eats the bakes off people without warning.

Billy and Seamus from the Ulster Fry: An unusual pairing who could split the jobs of party leader and First Minister between them. For: Likely to introduce price controls on beer and crisps. Against: Seamus’s name might not go down well with the party. Billy can’t be arsed.