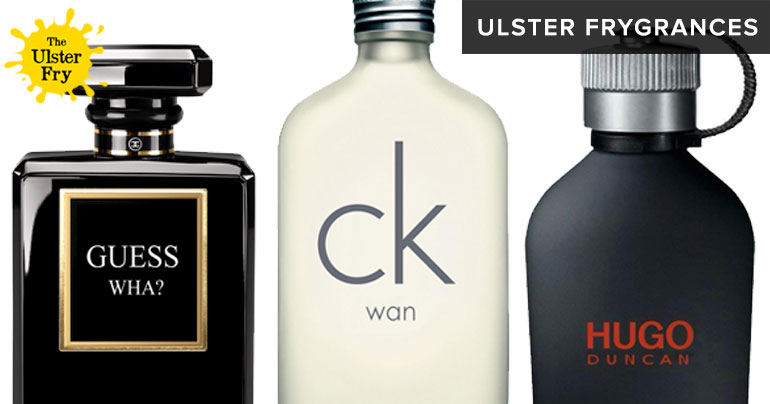 Stuck for gift ideas for that awkward hur in your life?  Why not check our our exciting range of NI perfumes and aftershaves, specially selected for the Ulster market. There’s something for everywan… 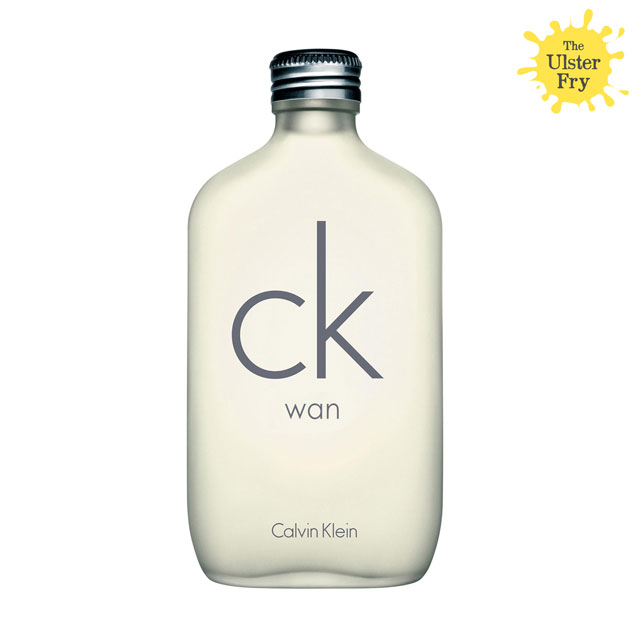 Before he launched his global empire, Calvin Klein hung out at the regular Empire on Belfast’s Botanic Avenue. This tangy cologne is inspired by the waft of pish from the upstairs mens bogs infused with the scent of first time comedians at the open-mic slot shiteing themselves. 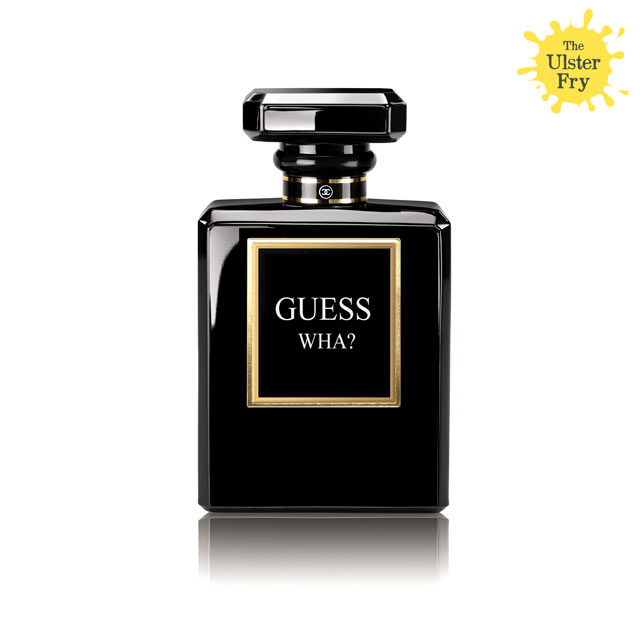 The official fragrance of UTV, no-one actually knows the ingredients of this mysterious cologne except weatherman Frank Mitchell.  He likes to travel around Northern Ireland’s town and villages and asking locals to smell his neck whilst asking them to ‘Guess Wha?’ 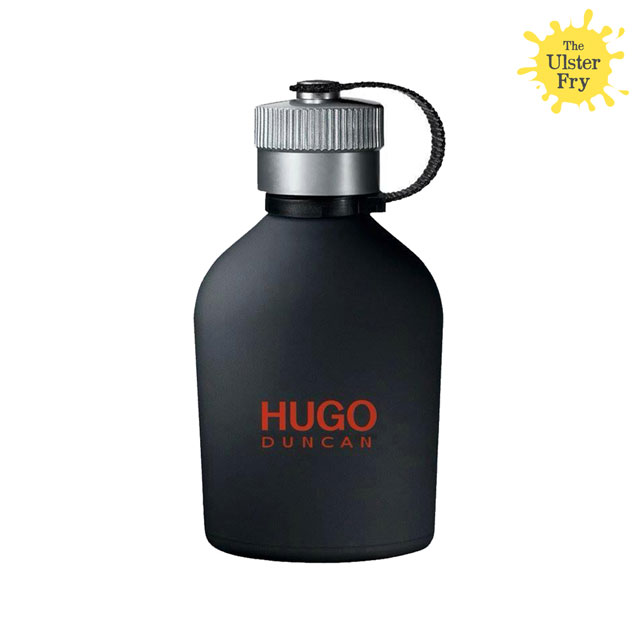 A skiddly eye-wateringly scented aftershave, for the West of the Bann man in your life. The aroma is described as a mix of damp beard, cream buns and country music, with just a hint of confused rambling. 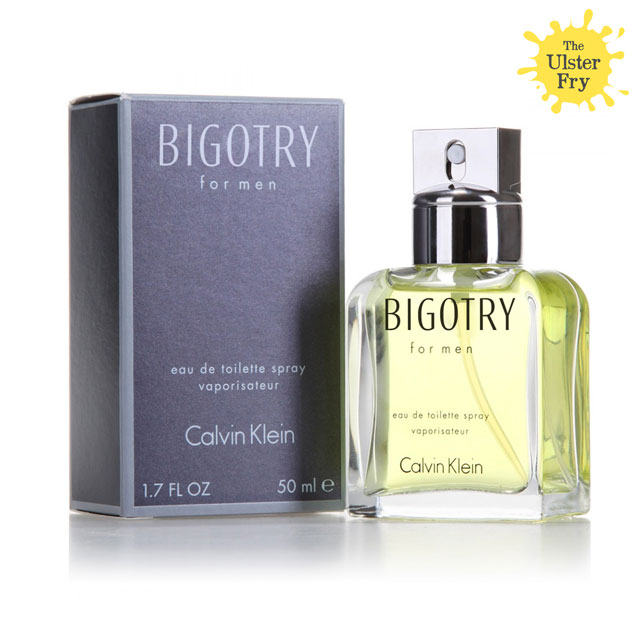 Originally called Bigotry “Pour Homme” this was thought to sound “too gay” for the target audience. A heady mix of petrol and vomit, with just a dash of well talked shite 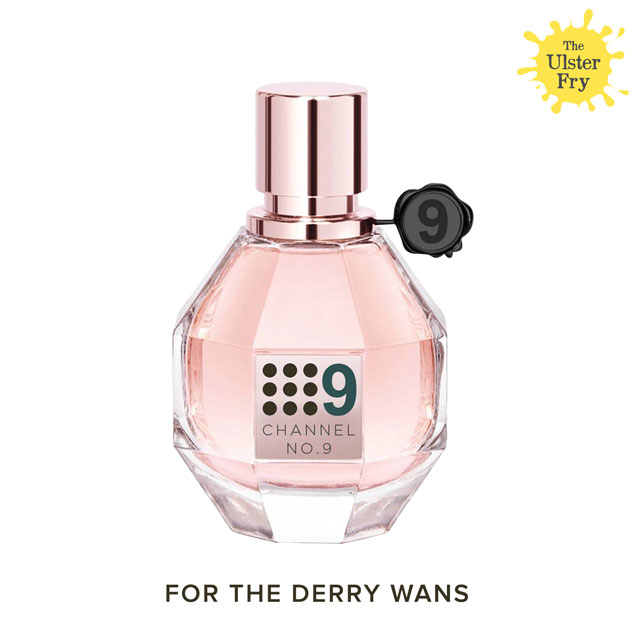 Still fondly remembered in the North West for it’s dodgy production values and laughably shit adverts, Channel No.9 takes all that was good about Derry’s own TV station and crams it into a 50ml bottle. Only one was ever made. 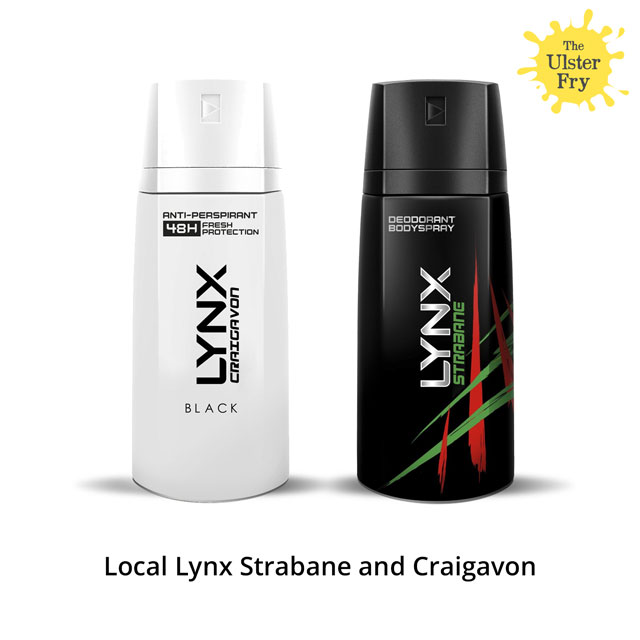 Lynx Strabane and Craigavon. Popular body-sprays aimed at teenage boys. One smells vaguely of empty boredom with a tinge of silage, the other is Buckfast in aerosol form. You can decide which is which. 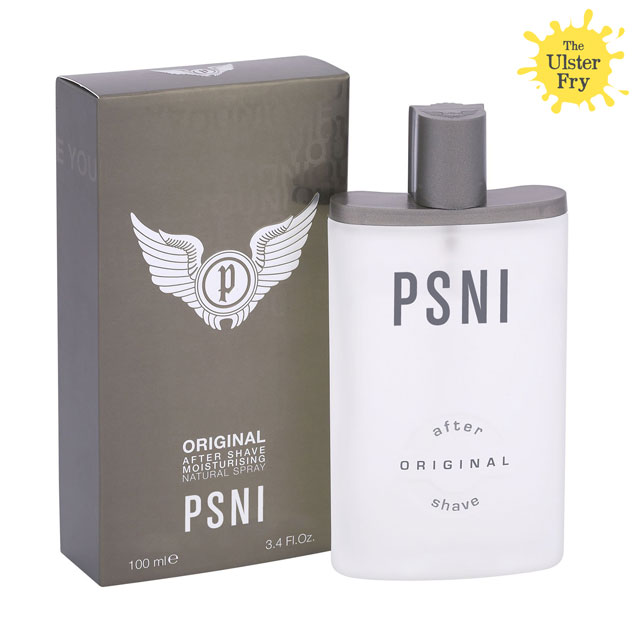 PSNI – A local twist for the ‘Police’ brand. Smells like the back of a riot squad landrover on a warm July night. 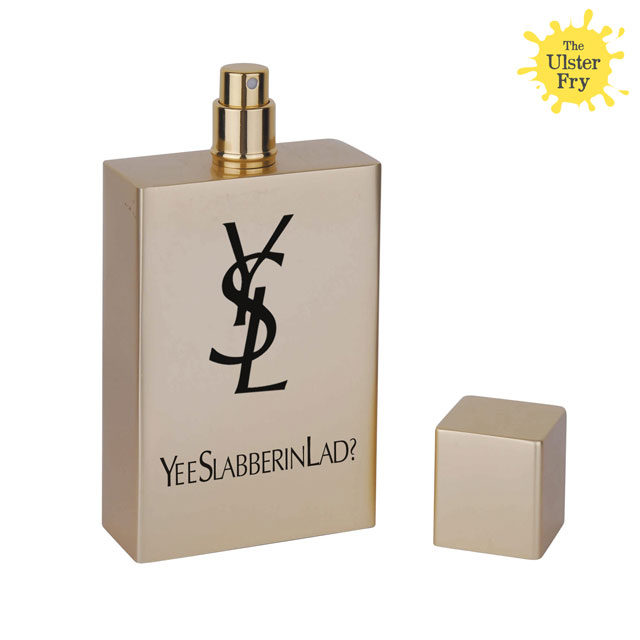 The new fragrance of choice for any modern, self respecting spide, Yee Slabberin Lad? is an intoxicating blend of buckfast, lighter fluid and Spar energy drinks. 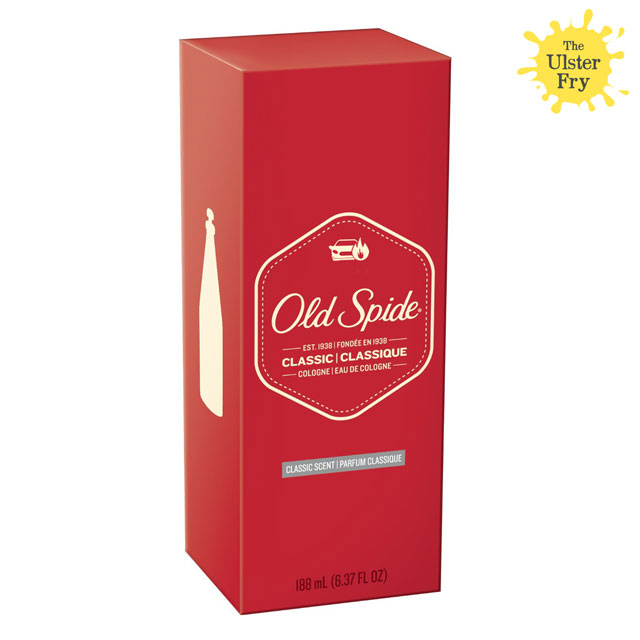