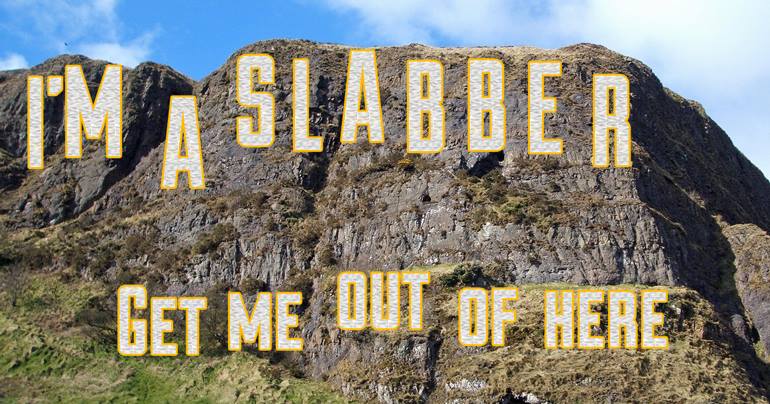 As Geordie TV duo PJ and Duncan take us down under once again, local broadcaster UTV have announced their own version of the hit reality gameshow.

Filmed on Cavehill, I’m a Slabber, Get Me Out Of Here will bring together some of the world’s foremost narks for a series of gruelling challenges – which they can only escape by admitting that they’re a slabber.

The irritating columnist will be joined on the show by a cast of other leading melters including Stephen Nolan, Nigel Farage, Joey Barton, Chris Eubank and Jeremy Clarkson.

“Farage cost even more than Hopkins,” admits Deck, “he wanted half a million plus the right to invade Poland, but we managed to persuade him to drop the half million.”

Unlike the ITV version food will not be rationed at the camp. Instead, stars will have to work together to earn Twitter privileges, get permission to boast about themselves and be allowed to talk out their arses.

“The first task will be not expressing an opinion for an hour whilst sitting on a log” explained Deck. “Next it’ll be listening to two people debating politics without interrupting… and by the third day they’ll need to commentate on an interracial LGBT mud wrestling match between two atheists without saying something offensive.”

“Then we’ve the ‘Hole Handlin’ challenge,” says Deck, “Basically we line up all the slabbers and give them a good boot up the hole.”

“To be fair, it’s not really a test,” he admitted, “it’s just for our own entertainment.”

As yet the producers have refused to confirm that evicted contestants will be eaten by Frank Mitchell with some fava beans and a nice chianti.