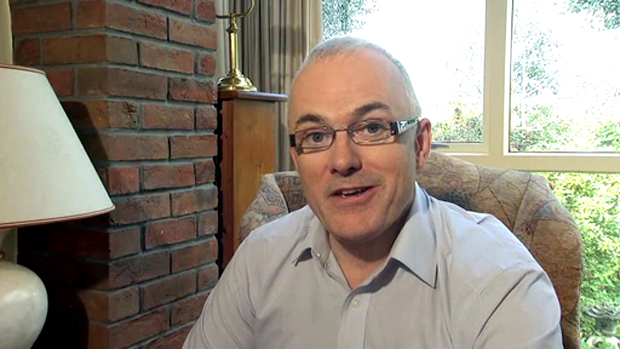 UTV Weatherman Frank Mitchell spoke of his ‘utter shame’ today, after he was discovered to be making up town names for UTV’s Weather Watch programme, reportedly since 2011.

‘Weather Watch’ has been a regular fixture on UTV for years, with Mitchell giving clues about the weather watch camera’s mystery location through a series of cryptic puns. However he admits he ‘grew weary’ of the charade, and that out of a sense of ‘dangerous excitement’ he began making up places whilst showing photos of Aughnacloy from different angles.

“I would like to apologise to UTV viewers for betraying their trust.” said Mitchell this morning. “My actions spiralled out of control and I became addicted to the thrills of making up new towns. I just couldn’t stop myself!”

The scandal doesn’t end there though. The NI Census team also discovered that based on the quantity of children Frank has wished happy birthday to on the show, the Province is almost 12,000 people short. It has thus further transpired that Mitchell has also been wishing ‘happy birthday’ to imaginary children for decades.

Dungannon man, Declan Fray, now 28, revealed that a photo of himself aged 7, which his mum sent to UTV two decades ago, has been used on the channel hundreds times under fake names.  “I’ve been Cormac, Benny, Jake, Larry, Barry, Logan, Eoin, Mickey, Sean, Jonny, Casper, Norman and even a Lucy thanks to a questionable mullet! I’ve held my silence long enough! Frank Mitchell is a tyrant and he must be stopped!”

UTV insist Frank was acting alone in the scandal and have removed him from his job of announcing rain with immediate effect.  A pale and shaken Mitchell left home this morning vowing to face his demons by checking into a private rehab facility.

“Aye it’s in Gortnabunion, up past Ballyhalberteinstein.” he told us, before driving towards Aughnacloy.