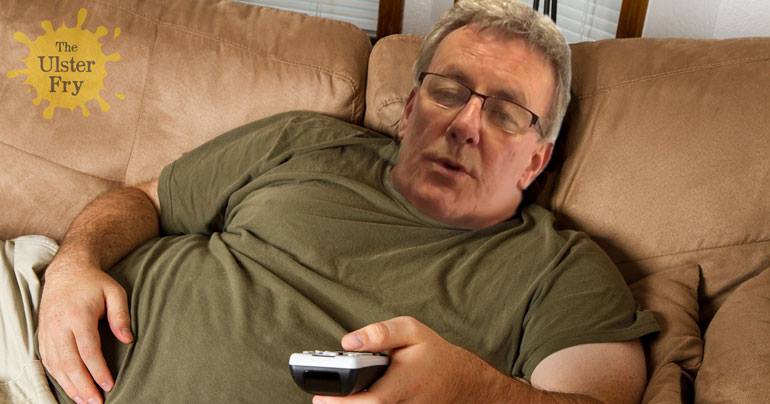 Following today’s announcement from the UUP that it intends to withdraw its Minister from the Stormont Executive, thousands of employees around Northern Ireland have been inspired to follow suit, and simply stop going to work.

“This is great news,” said Antrim tradesman Albert Faucett. “Me and the other plumbers can’t stick the electricians on our site. They agreed a whole power sharing set-up and then the minute we go to plug in our kettle they pull the plug. We’re off to form an opposition building site where all power is water based, so if they want to stick on the radio they’ll have to wait for us to turn the taps on.”

Teacher Melanie Chalk was in full agreement. “I was shitting myself about going back to work next week,” she told us, “Now I won’t bother my hole. All of the pupils in our school are wee bastards who spend about 90% of their time engaged in illegal activity. The staff have had a meeting and agreed to set up a new school, with no pupils, probably on the Algarve.”

The news has obviously spread outside of Northern Ireland, after a detachment of the Irish Guards decided to walk off the base and all go home to play Call of Duty instead. “Aye we were all sitting in the base looking at each other waiting for a war to break out, when we just thought ‘fuck this for a game of soldiers’.” said Sergeant John Tank. “Who wants to put themselves at risk when you can sit on your arse at home and play at leadership?”

UUP leader Mike Nesbitt revealed his party’s decision at a press conference this lunchtime, at which he argued that it wasn’t reasonable to expect his party to work with people they rarely speak to anyway. As yet, however, no one is sure what impact the move will have on the workings of the Assembly itself.

“Let’s be honest,” said one UUP insider, “there isn’t too much going on at Stormont at the best of times. I doubt it’ll make much difference if Danny Kennedy isn’t up there making sure that the bulbs in street lights remain unchanged and grass verges don’t get cut.”