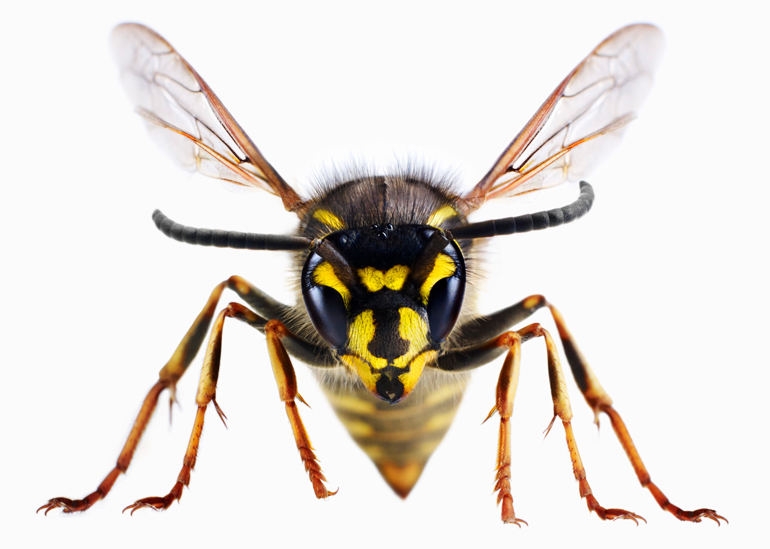 A press release from the Northern Ireland Wasp Council has revealed that’s its members are “delighted” with the arrival of some weather that is bordering on the normal.

“Our members have been waiting on this for months,” says council chair, Barry Wasp, “hiding in those wee nests things that we live in, freezing our stings off. You’ve no idea how much we’ve suffered, we have reports of nests being flooded out, with whole families made homeless.”

The delighted insects are now beginning to emerge out into the outside world, intent on getting up to their wasp related business. “We’ll mostly be hanging round bins at picnic sites, or outside people’s windows, waiting for them to open so that we can fly around get angrily confused by stuff. Then we’ll probably sting the first person we see.”

Humans, meanwhile, are understandably perturbed by the news. “I’ve been stuck in the house surrounded by damp washing and looking at rain for weeks,” said Lurgan woman Majella Caramel, “so the minute the sun came out I was straight out the door. The whole place was hiving with those wee stripy bastards. It was like that film, the one with the birds in it, only with Wasps.”

Antrim man Jamie Sandwich is in full agreement. “I decided to have a barbecue yesterday, between the showers,” he told us, “and made the mistake of having opening a bottle of cider as soon as I stepped outside. I may as well have put a post up on Wasp Facebook saying open house at my place.”

Barry has appealed to humans to be more accommodating towards his fellow Wasps. “It’s a big world out there, surely there’s room for a bit of live and let live,” he said, before stinging our reporter repeatedly then crawling inside a beer can.