“Will you phone my phone?” voted NI’s most popular relationship question 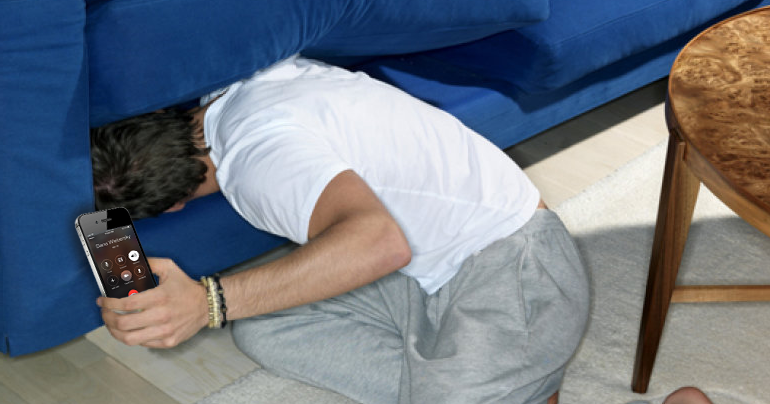 A new report by the Ballymoney Institute of Anthropology has revealed that asking your partner to ‘phone my phone’ is the most common form of inter-couple communication in modern-day Northern Ireland.

“About 90% of our daily interaction revolves around me using my mobile to find hers” admitted weary Craigavon husband, Hugh Awey. “It’s mental, because I don’t bother my hole calling her when I’m out, but when I’m home I have to phone her at least once every half hour!”

Women are the biggest instigators according to the report, with over 70% of those asking the question being female.

“Even though it’s basically super-glued to my hand even when I’m doing things that are supposed to require my full attention, like getting dressed, eating, driving, watching TV and working out, I still manage to leave it at my arse at least a dozen times a day.” revealed Bangor woman, Elle Gee.

“To be honest I was gonna break up with him last month… but I just took out a new two year contract and having a boyfriend is cheaper than paying the insurance” she admitted.

Men are guilty of the practice too, however unlike their female counterparts, their phones can often not be located as the battery has already died.

“She’s always hogging the fecking charger!” moaned Derry man, Sammy McSung. “If I say mine is on 9%, she’ll claim hers is on 4%. I’m constantly in the red since we moved in together!”

“Oh and my phone is nearly always out juice as well” he added.