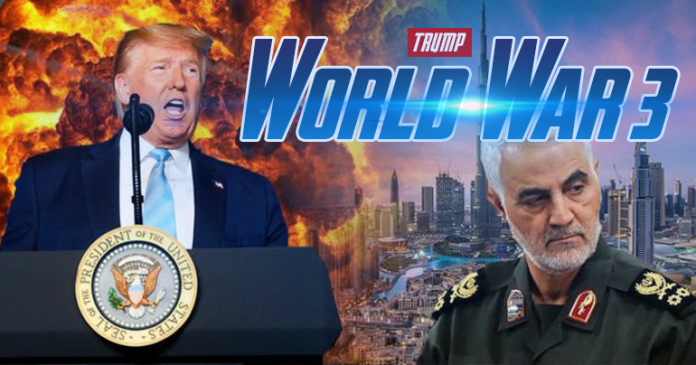 The US producers behind the latest entry of the ‘World War’ franchise have come under fire from critics after a teaser trailer for the next instalment in the popular series was leaked onto the internet from Iraq.

“Typical Holywood bullshit!” moaned Belfast war enthusiast, Sherman Tank. “WW1 and WW2 were iconic and powerful entries in the saga, with credible production values and a stellar international cast – but this phoney third instalment is just a contrived load of aul american nonsense! The plot doesn’t even make any sense!”

This is a view shared by fellow fanboy, Tommy Gunn. “I thought they way they ended the last one was final. There was no going back after that ending surely? Trust the americans to dream up another pointless sequel just to cash in!”

However the US producers of the new instalment have defended the need to revive the francise – despite a 70+ year gap since the last major release.

“Their big budgets help to sustain our industry, and I’ve no doubt theatres will be packed.”

“Particularly in the Middle East… if they can find enough surgeons.”

World War 3 is set for worldwide release everywhere in early 2020, except for County Tyrone – which won’t properly receive armageddon until 2035.