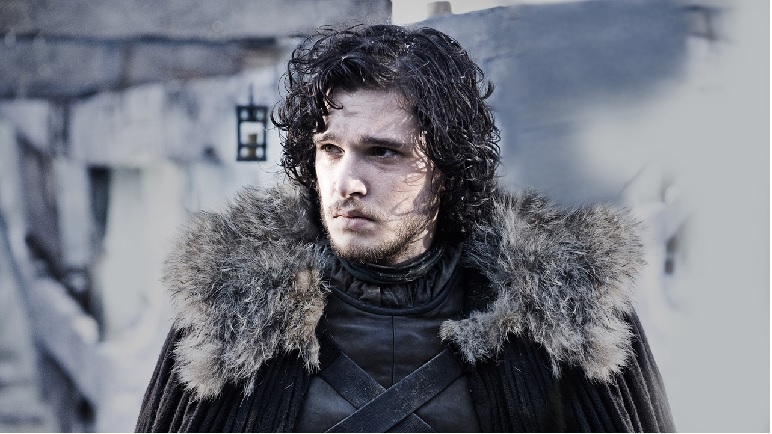 There was an angry reaction in Belfast today after news filtered through that Game of Thrones actor Kit Harington had criticised the city during an interview on some US TV show.

Mr Harington, who is clearly deranged, told talk show host Seth Meyers that Belfast was “wonderful for two or three days”, before admitting “I have to be careful what I say.” He went on to add that the tourist board here “celebrate three things… having the most bombed hotel in Europe…. they built the Titanic which is a ship that sunk on its maiden voyage, and now they have Game of Thrones, the most depressing TV show in history.”

In the light of his outrageous comments, we sent our reporters onto the streets of the city to gauge the response of locals….

“He’s talking bollocks,” said tour guide Geoff Causeway, “We have all kinds of shite that he didn’t mention, like pubs, murals, pastie baps, crisp sandwiches and some smaller hotels that were blown up less often. You’re right he needs to be careful what he says, if he comes anywhere near Belfast again, I will personally arrange for several large men to drag him out of a pub and knock his melt in.”

“Who does he think he is, coming over here, dressing up in medieval costume and slagging us off?” said 24 year old retired pigeon fancier Donald Icebowl, “That’s our job. I looked him up on Google and he’s from London. I’ve been to London, and it’s shit.”

“I agree with the man you’ve just interviewed,” said Larne native Gary Carede-Ropebridge. “He’s slagging off Belfast and he’s never even been to Larne. In fact, I think they should move Game of Thrones to Larne. That’d give the English twat something to complain about.”

There was a more reasoned response from local tourist chief Irene Titanic. “I am quite sure that Mr Harington is a very accomplished actor,” she said, “what with all the things he’s been in that no one has seen apart from Game of Thrones, and he is perfectly entitled to his opinion.”

“At the same time, he can go F**k himself,” she concluded.