A Levels “not as hard as they used to be”, claims everyone over the age of 20 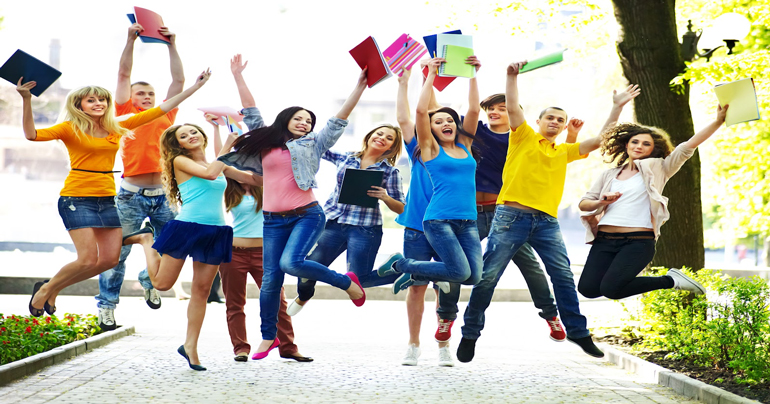 With record grades again this year, Northern Ireland’s successful A Level students have spent the day being told how easy their exams were compared to years ago.

“I got two As and a C,” said Lisburn teenager Marcus Easy, “When I phoned to tell my da he just shouted ‘Piece of piss’ and hung up.”

“Then when I got home he’d been out and got ‘They were was harder in my day’ tattooed onto his forehead, and just sat there, staring at me.”

Random people we stopped in the street agreed with Marcus’s dad.

46-year-old Banbridge man Ross Talgia told us that he got three Es in his A Levels.

“But that’s probably worth about 12 As in new money,” he argued. “Nowadays it’s all coursework and multiple choice. For my history A Level I had to build my own time machine, travel back to 1914 and serve 4 years on the Western Front.”

Antrim native Cian Hardly-Reid got a D in Biology in 1994. “I had to dissect my own arse to earn that,” he claimed. “Back then only 4 people from Antrim had ever managed to get more than two A levels, and you needed 4 As just to get into the University of Life.”

“These young wans have it dead handy,”  moaned Coleraine dad, Archie Lever. “My young fella just memorised a few books of the Bible to pass his Religious Studies – in my day you actually had to get crucified and come back from the dead to get a decent grade.”

No A Level students were willing to comment on the claims, as they couldn’t be arsed talking to a couple of auld bastards who can’t even work Snapchat.