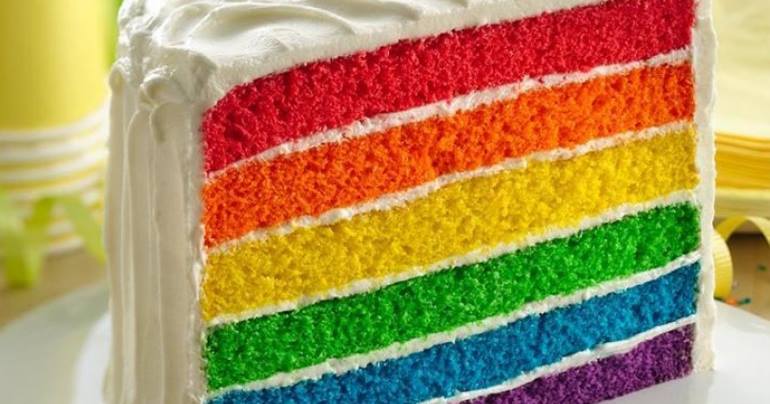 The so-called ‘Gay Cake’ at the centre of Northern Ireland’s latest equality row has finally broken its silence on the controversy in an exclusive interview with The Ulster Fry.

“Not that it’s anyone’s business, or it makes a jot of difference, but I’m not actually Gay” said the cake. “I mean I enjoy the odd scented candle and like to dress well, but I’m as straight as George Best. This whole thing has got out of hand.”

“I’ve been happily married for years”, it continued, “we have three lovely little cupcakes and the wife has a bun in the oven. This on-going scandal is putting a tremendous strain on us all. Just because someone puts on a Bert and Ernie jumper and supports Gay marriage doesn’t make them Gay.”

“I have friends from all sections of the bakery, and we all get on – no matter about flavour, price or colour of packaging – maybe themuns up at Stormont could learn from that. It’s time these politicians caught themselves on and let people live their own lives”.

DUP MLA Paul Givan has been spearheading a campaign for a ‘conscience clause’ which would allow people with strong religious views to refuse to serve food from the LGBT community. “We’re fed up with this type of fancy food parading around like it owns the place,” he claimed, “everywhere you look it’s Fairy Cakes, Fruit Corners and Mince Pies forcing their deliciousness on us.”

“Before you know it we’ll all be eating Gay food and we’ll be on some kind of slippery slope towards stuff I don’t like. And if I don’t like it, no one else can like it.”