Antrim couple found guilty of Sunday driving on a Saturday 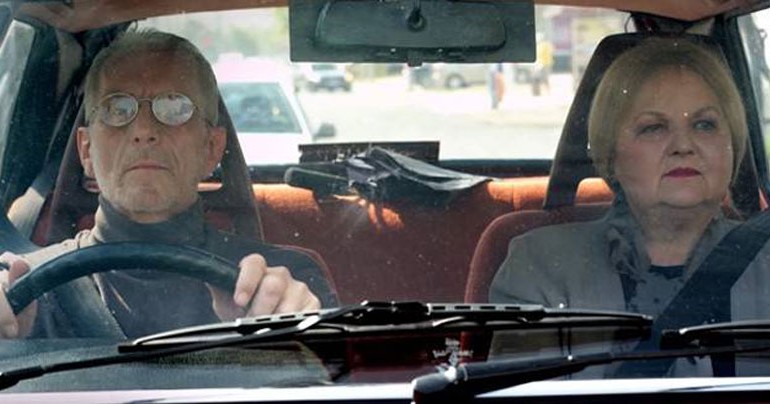 Traffic chaos engulfed mid-Antrim yesterday, after an elderly couple decided to pass an hour – by going driving for a few hours. Sadie Wollensock and her husband Arthur ‘took a notion’ for ice-cream yesterday, hopping into their beloved Rover Metro in search of a delicious ’99 and a flake’. The court heard that their journey started out innocently enough, as they zoomed along the ‘scenic route’ to Carrickfergus – slowing only to let the occasional speeding tractor by.

However Mr Wollensock told the jury that ‘jealous bastards’ obviously got wind of their ice-cream plans, as a huge procession of drivers from all over the county soon began following them, tailing them for miles in a ‘chase’ to the ice-cream parlour. Several impatient Mr Whippy lovers then began ‘taking their life into their own hands’ according to his wife, wildly throwing their cars into fourth gear and overtaking them to get there before them.

“We began worrying that there wouldn’t be any ice-cream left for us” Mrs Wollensock told the court. “So we headed towards Carnlough instead. But it wasn’t long before they all copped on and started following us again – as far as the eye could see!”

After approaching and stopping dead at several deserted roundabouts to check no one was coming, the couple remembered they once had a poke in Doagh – and decided to make their way there. It was then that a passing patrol car realised that the 300 car procession wasn’t in fact a funeral, and pulled the couple in for questioning.

“Whilst it’s true people usually only come to Doagh to die” officer Ted Spence told the court. “their friends and family normally don’t angrily drive behind flashing their lights and beeping their horn.”

A jury unanimously found the couple guilty of out-of-hours Sunday driving and sentenced them to 300 hours community service using Translink.