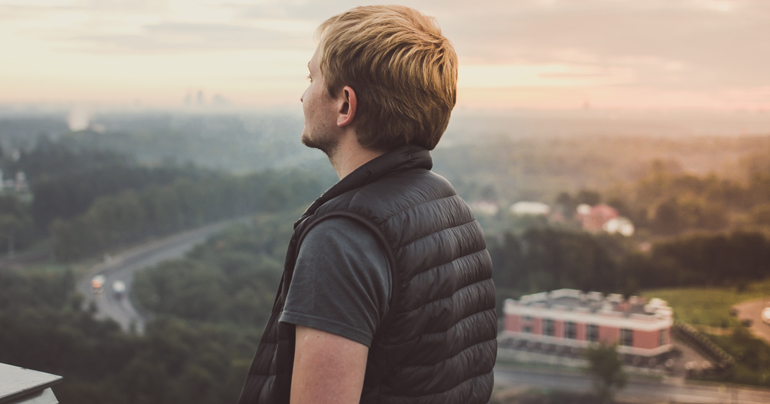 A 43-year-old Newtownards man who ‘lost the run of himself’ in the 1990s has appealed for more help for people suffering from the condition.

The man, who asked to be named, broke down as he told The Ulster Fry how the consequences of his mistake had gradually taken over his life.

“It began after I left university,” he revealed. “I got a decent job, had a bit of money in the bank and all the trapping of wealth – the Ford Escort, Ghia of course, the posh apartment in Dundonald, even a caravan in Portrush. Before I knew it, people were saying ‘he’s lost the run of himself’ – and you know what? I had.”

Since then, the man has struggled to cope with the debilitating symptoms of his illness, gradually upgrading to fancier 4 wheel drive vehicles and even holidaying abroad, but now he’s seeking help.

“Many people are completely unaware that they’ve lost the run of themselves,” he told us. “They wear shoes with no socks, call their kids things like Hermione and go out for dinner more than once a month. These are clear warning signs.”

“If they come to us, they can be treated,” he continued, “mainly through ‘Catch Yourself On’ therapy and a regular kick up the arse.”

Despite this, Dr Pressure agrees more needs to be done. “The Executive needs to invest in awareness programmes,” he concluded. “Though to be fair half of Stormont seems to suffer from the same condition.”