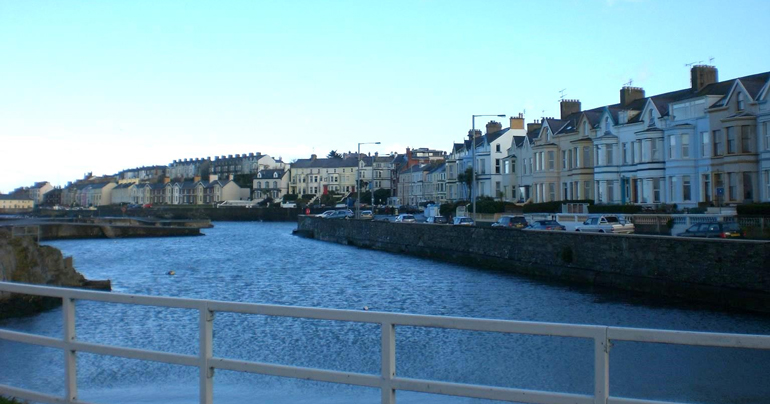 The North Down town of Bangor has beaten it’s traditional rival Hillsborough to the coveted title of ‘Town most up its own hole, 2016’ at the annual ‘Holey’ awards.

Hillborough controversially scooped the prize last year, relegating Holywood and Crawfordsburn to silver and bronze, however judges have praised “the concerted effort of Bangor to get further up its own hole this year.”

“It’s been a remarkable turnaround,” says the chair of the judging committee, Grant Causeway. “The town has shown amazing resilience to come from nowhere to first place.”

The judges were particularly impressed by the way Bangor thinks it’s great, even though it’s a bit shit. “It has two train stations, a couple of marinas and stuff, even the shopping centres have posh names – Bloomfield and Flagship. But the Flagship centre is actually worse than Connswater, and that’s some achievement.”

Independently Independent Unionist Lady Camilla Pickie-Park, who represents the affluent Bangor West ward on Ards and North Down Council, told us she was delighted at the news. “We’d built up a reputation as a ‘go to’ destination in the summer months, so the council has been working hard to make sure there’s nothing to do when you get here.”

“Hopefully this lack of investment can continue – we can’t have the hoi-polloi from the likes of Holywood and Newtownards cluttering up our shops, can we?”

Local resident Billy Holme-Beach was also pleased. “I have a yacht,” he told us. “A yacht.”

Representatives of the defeated Hillborough team are understood to be furious, but vowed to bounce back.

“The Queen lives here for two days a year,” their campaign chief Hector Hamilton-Hunniford-Hill argued. “How can those seaside plebs possibly out-hole us?”

“We’ll be pulling out all the stops next year, probably by announcing a Lobster and Champagne Festival in June.”