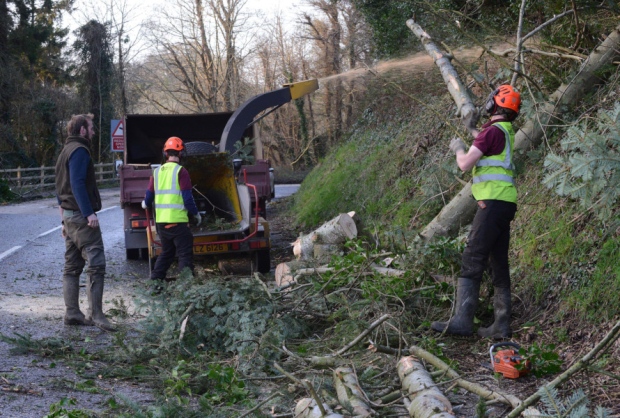 Meteorologists have confessed that the policy of naming storms alphabetically is really annoying and makes no sense whatsoever.

“It seemed like a good idea at the time,” explained Michaela Fish from the Met Office, “it was supposed to make the storms easier to remember for future generations.”

“What we forgot was that we have some kind of massive gale nearly every other day at this time of year. We’re up to J already, so will probably have exhausted the alphabet by the end of March.”

Her fellow meteorologist Winston “Winkie” Willis reveals another problem. “To be honest we hadn’t taken into account the huge amount of damage these storms do. It’s hard enough picking up the pieces after a tree lands on your house without some dickhead weatherman talking on TV about storms with stupid names like Hor Hay.”

“So we’ve had a change of plan,” says Willis, “from now on we’ll give days with normal weather names instead, cos it looks like there’s going to be far less of them than shite ones.”

“The first good day we get is likely to be called something like ‘Cold but dry day Albert’, followed by ‘Slightly damp Brian.”

Following the decision, the experts are predicting 163 days with no name, before we reach ‘Sunny with showery spells Zoe’ some time in the so called “summer”.