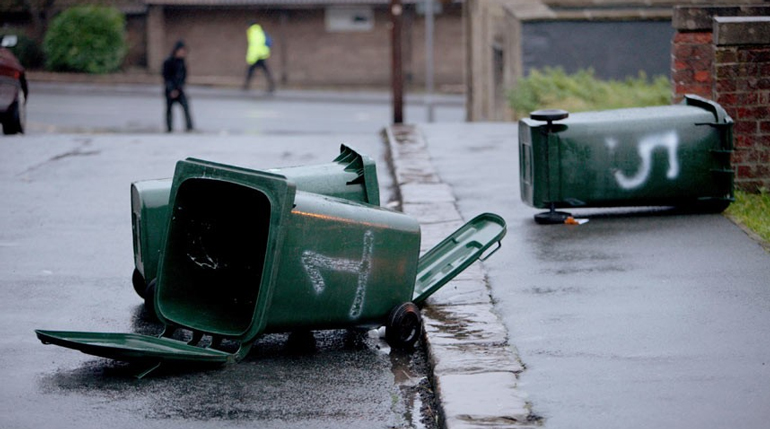 The United Nations has been forced to declare a State of Emergency in Belfast after a change in the city’s bin collection rota led to widespread disorder.

Attempts by the City Council to roll out the new schedule ended in failure, with some disaster experts warning that up to 30% of households didn’t known what bin day it was.

Visibly traumatised, the exhausted UNICEF worker told us some of the scenes he’d witnessed.

“There are families out there who don’t know if it’s recycling day,” he sobbed. “I spoke to one pensioner whose brown bin hadn’t been emptied in a week.”

“A whole week – imagine that! When you opened the lid and stuck your head in you could smell it.”

Large parts of Belfast are now in a state of open revolt, and the authorities have admitted that they’ve lost control of the situation.

“It’s anarchy out there,” says fellow UN worker Frankie Moon. “Traffic is at a standstill, hospitals are at breaking point and armed gangs control many areas.”

However a spokesman for the Council assured us that this was all perfectly normal for Belfast, and urged everyone to “calm their jets.”