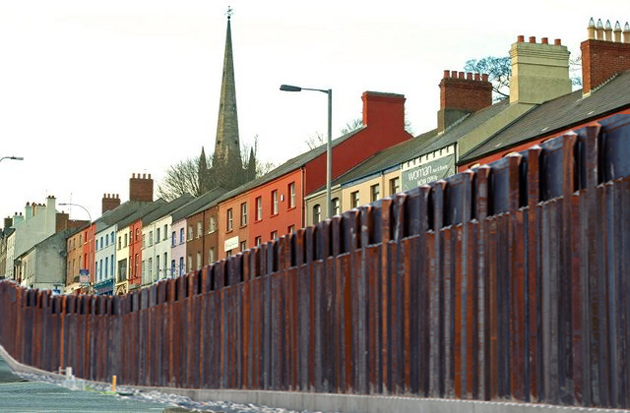 US Presidential hopeful Donald Trump has stirred further controversy by telling a packed audience in New York that he’d build a wall around the Northern Ireland town of Lisburn.

“We will build a wall around Lisburn, and we will make Lisburn pay for it,” he promised the crowd. “For too long these people have been able to wander about with impunity, causing traffic jams in Belfast and banging on about how they’re from a city when it’s as much a city as my hole.”

Trump’s campaign team appears to be gambling on the fact that absolutely no one sees the point in Lisburn, least of all the people who live there.

“Aye it’s fair enough, even I get confused when I’m in the back arse of nowhere and get a sign saying Welcome to the City of Lisburn,” said local woman Lisa Garvey. “I just hope they paint it a nice colour, maybe Elephant’s Breath, that’s what I have in my kitchen. It really matches the units. So it does.”

Her neighbour Barry McCash was also resigned to his city’s fate. “Hopefully I’ll be out when they build it and I’ll get to live somewhere more vibrant and interesting, like Dromore, or maybe Rathfriland,” he told us.

The announcement has proven a real shot in the arm for Mr Trump’s campaign with polls showing an immediate surge in support for the disgraced candidate.

Hillary Clinton’s team are reeling, with some suggesting she may be forced to stand aside if she can’t reveal a similarly popular proposal at tonight’s debate, such as a plan to build an electric fence around Lurgan.

Meanwhile officials at Stormont have been left bewildered by the scheme, although it’s believed they’ll agree so long as Hillsborough and Jeffrey Donaldson are included.